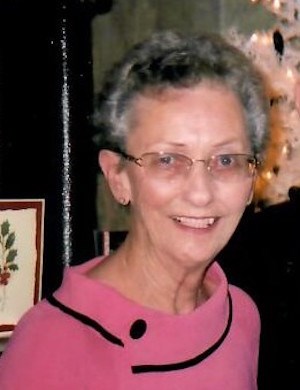 Passed away peacefully at Algoma Manor, Thessalon on October 1,2017, in her eighty-eighth year. Beloved wife of Mitchell (Osborne) for 62 years. Loving mother to Brent (Cathy) of Seguin, Ontario.  Dear daughter of the late Western and Armina Dennison. Dear sister to the late Muriel Higgins ( late D'arcy ), Jackie Romain and Raymond Dennison.  Dear sister in-law to Frances and Burt Hurley of Sault Ste. Marie, the late Janet Smith ( late Clifford ), Angus Osborne ( late Doris ), Margaret Martineau ( late Garnet ) and Charles Osborne ( late Gennie ). Survived by many nieces and nephews.  Friends may call at the Beggs Funeral Home, Thessalon on Saturday October 7, 2017 from 2pm until time of memorial service in the chapel at 3pm with The Reverend Erasmus Madimbu officiating.  interment of cremated remains in Cloudlsee Cemetery at a later date.  Donations to the Alzheimers Society of Canada would be greatly appreciated.  Special thanks to the caregivers of Thessalon Hospital and Algoma Manor for the wonderful care that June received.