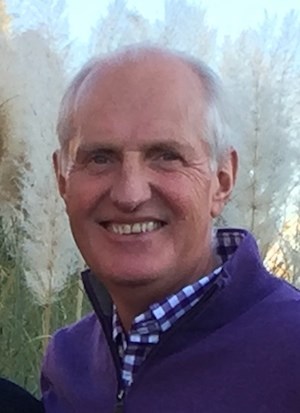 We regret to announce the passing of Michael Patrick Mackwood, 63, of Blind River, Ontario, who passed away September 26th, 2019 while working at his cottage on Lake Matinenda; surrounded by the beauty of the lake and one lone loon.

He was born on September 26th, 1956 in Matheson, ON. Son of the late Dorothy and Sylvester Mackwood and Godson of the late Claire Dimock. He was the second oldest of 6 siblings. Brother of Veronica (Gus) Coderre, Jennifer Hammond (William Elliott) Sandra (Len) Hembruff all of Elliot Lake, MJ (Brad) Smithies of Kamloops, BC and Lee (Bobbi-Jo) Eady of Regina, SK.

A one-of-a-kind and very much loved Son-In-Law to Rita & Reino Makela of Algoma Mills, Brother-In-Law to Ray (Linda) Makela and Rhea (John) Doucet all of Blind River.

A special Son to Ron & Sue Servatius of Rochester Hills, MI and of Teachers Bay on Lake Matinenda.

An Uncle to many Nieces and Nephews.

Preceded by his faithful furry companions Teddy and most recently, Kuula Rigel Mackwood III (his Goofy Newfie) as he lovingly referred to him. Let it be known that Mike had a BIG soft spot in his heart for animals.

He is survived by his greatest loves; his wife/soulmate Ronda and son Mac, who will forever remain less than whole without him by their side.

Best friend of Graham Ellis, Pete & Sheri Rancourt, Dan & Lydia Roy, Bill & Bea Ryan, Kerry & Wendy Williamson, Steve & Kelly Darling and Penny & Dennis Lawrence. He will be missed by all of the friends he made along the way, including the Church Club at the Iron Horse.

Mike was born in Matheson, ON, but moved around the province with his family to Batchewana Bay, Spanish and Elliot Lake before settling in Blind River.

Mike believed in community. He was involved in minor hockey, he sponsored sports teams, supported good causes, was a board member of the St. Joseph’s General Hospital and was a member of the Elliot Lake Masonic Lodge #698.

Mike truly believed that things got done by doing, not talking. He worked at Denison Mines for years as an underground electrician/supervisor and then mine manager up until its closure. In fact, he was the last one to turn off the lights.

From there, Mike took what he had learned from Denison Mines to become a successful entrepreneur, obtaining “OKTire,” building “Mackwood Mine Services” and a trade publication called “Mine Equipment Only.” He was a highly respected business man; travelling the world to source mining equipment for those looking to purchase and those looking to sell, while also performing appraisals, evaluations, liquidations, marketing and complete mine closures. (You should have seen the man’s email list)

Through this undertaking, Mike was able to assist with the construction of the Elliot Lake Miner’s Monument by donating the sheave wheel.

Mike was an integral part of founding the OKTire North Shore Challenge Drag Races in Elliot Lake. It was always said that, “NO Mike Mackwood, then NO drag races.” He gave the first cheque for $10K and was the primary sponsor for the first 10 years.

Mike will forever be remembered for his generosity, willingness to help others, being energetic and having a goofy-funny sense of humor. He loved St. Louis Bar & Grill wings, a hot sauna, NASCAR, music (the Doobie Brothers), a cold Michelob Ultra and a good party.

Coming from a less than entitled background, Mike worked hard to get to where he was and earned what he had. He will be deeply missed.

If Mike could have spent all of his time with Ronda and Mac on Lake Matinenda, he would have. In fact, it was his plan to retire to their cottage one day. He and Ronda spent a lot of time trying to improve things on the lake for everyone. They completed little projects around the lake to make things safer and more enjoyable, including: installing solar lights on the docks at the landing, putting boat cleats in the rocks at the jumping cliffs, marking the more dangerous shoals on the lake and doing an annual spring clean-up of “Bare Bum Beach.”

Every year, Mike would buy a rake and hide it amongst the trees at the beach, knowing that it would always go missing, but he would still buy one anyways. So whoever the culprit is… “STOP taking it!”

In lieu of flowers, a memorial fund, “4 His Love of The Lake” has been set up at the Scotiabank to help contribute to the projects Mike was working on and to establish funds to assist in the Lake Matinenda Landing Revitalization Project.

Donations can be made by e-transfer to: 4hisloveofthelake@gmail.com or at any

Cremation has taken place and one heck of a Celebration of Life will be held during the summer of 2020 in Blind River. Date and location to be announced.