Quebec City will be selling off seats from the former home of professional hockey in its town, last known as the Pepsi Colisee. The old arena's white wooden seats will be sold on the Oct.
0
Oct 9, 2019 11:23 AM By: Canadian Press 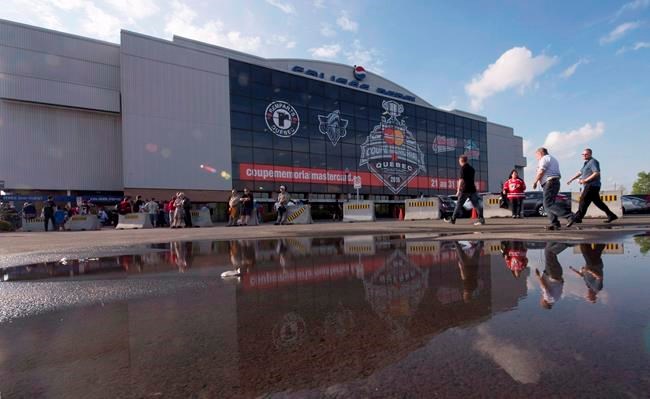 Quebec City will be selling off seats from the former home of professional hockey in its town, last known as the Pepsi Colisee.

The organization that manages the site for the city, ExpoCite, says 500 people have already expressed interest in buying seats.

Demolition of the facility, which opened in 1949, began last month, four years after it was closed with the opening of the Videotron Centre.

The arena was home to the NHL's Quebec Nordiques until their 1995 move to Colorado, as well as the Quebec Major Junior Hockey League's Quebec Remparts and other minor league teams before closing in September 2015.

The arena's capacity was just over 15,000 people, but only the 4,000 white wooden seats are for sale — and they aren't self-supporting, requiring some carpentry work to install elsewhere.

The other 11,000 seats are blue plastic and will be given to municipalities, schools and other institutions.

Fans will also be able to pay an extra $25 to have a former Nordiques player sign the seat — money that will be donated to charity.

This report by The Canadian Press was first published Oct. 9, 2019.

Jets captain Blake Wheeler on racism: 'You can't be silent anymore'
Jun 2, 2020 5:09 PM
Canadiens part ways with two communications team members due to COVID-19
Jun 2, 2020 5:01 PM
Comments
We welcome your feedback and encourage you to share your thoughts. We ask that you be respectful of others and their points of view, refrain from personal attacks and stay on topic. To learn about our commenting policies and how we moderate, please read our Community Guidelines.