Canadian golf trailblazer Lorie Kane has spent the week thinking about everyone that came before her.
May 30, 2020 3:43 PM By: Canadian Press 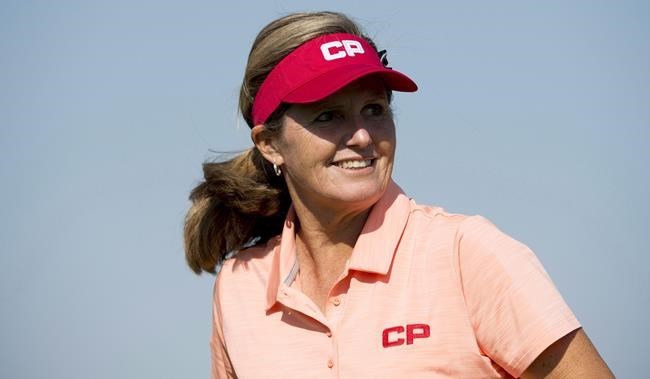 Canadian golf trailblazer Lorie Kane has spent the week thinking about everyone that came before her.

Kane's been given cause to reflect since she was one of six athletes named to the 2020 class of Canada's Sports Hall of Fame on Wednesday, earning her induction after four wins on the LPGA Tour. She's also been an inspiration to later generations of Canadian golfers, something that she finds very fulfilling.

"I'm proud to think that I did something to help move Canadian golf," said Kane from her home in Charlottetown. "I just think I was doing what everybody else had shown me to do, and they may not have gotten the recognition that I'm getting.

"My parents always taught me to leave it better than I found it so you know that's what I've been trying to do."

Kane has the fifth most wins among professional golfers of either gender on a major tour, behind Mike Weir (eight), Sandra Post (eight), George Knudson (eight), and Brooke Henderson (nine).

An ambassador of the sport who has competed in the CP Women's Open 29 times, Kane has been an inspiration for many Canadian golfers, including current LPGA members like Henderson and Alena Sharp. Kane points to her predecessors as her own inspiration, however.

"I think we can draw the same line going backwards from me to Sandra Post, Jocelyne Bourassa, Dawn Coe-Jones, Lisa Walters, Gail Graham, Nancy Harvey all of the all of the women that came before me even," said Kane. "I think I got lucky to join the LPGA Tour when I did in the late 90s.

Kane is also pleased to be one of the few inductees from Prince Edward Island.

"We're a very talented group of people that, we just do what we do," said Kane. "I'm really happy that I can go in and be from Prince Edward Island and take the honour on behalf of the province and all of the great athletes, entertainers, and people from here."

This report by The Canadian Press was first published May 30, 2020.