YEAR END: Looking back at film, the 2018 edition 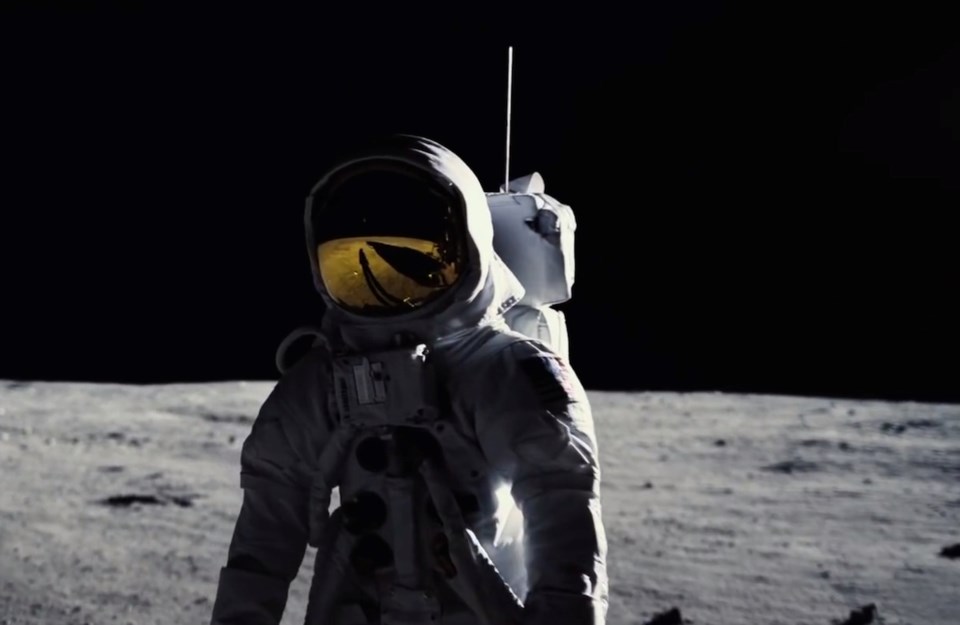 Will 2018 go down in cinematic history as one of the Great Years of Film? Think that's going to be a hard no. 2018 was a weird and wild ride, and film was no different. Let's take a look back at the good, the bad, and the m'eh.

There were a lot of contenders for The M'eh of 2018. Ocean's 8, Solo: A Star Wars Story, Ready Player One, Bohemian Rhapsody, Mowgli: Legend of the Jungle. But each of those films had a little something that made them bearable and rememberable. The cast of Ocean's 8 and Bohemian Rhapsody saved films that were sabotaged by indifference, bad editing, bad writing, and bad directing. Ready Player One may be one of Steven Spielberg's weakest films but a weak Spielberg film is still a Spielberg film. Mowgli's special effects may look unfinished but cinematographer Michael Seresin made everything else look amazing. And Solo had Donald Glover and Donald Glover is a treasure.

The M'eh of 2018 has to be Bright, a high concept cop movie with orcs and fairies and elves and it never, ever goes anywhere. A lot of money was spent on this thing but very little of it is on the screen. Will Smith and Joel Edgerton phone in their performances. The effects are bland. And it just kind of sits there, never doing anything to make it worth our time. It's just m'eh. Not bad enough to hate, not good enough to take seriously.

The What the Hell Was Everyone Thinking?

Watching Happytime Murders is watching some of the best at their craft do some of their worst work. It's painfully boring. The pacing sucks the air out of any enjoyment anyone might be eking out this thing. A comedic dream team and they make decisions that, with rare exceptions, kill any jokes or humour dead. The movie is nearly an hour and a half of bad decisions and even worse ideas. When walking out of Happytime Murders most of the audience wasn't thinking, "hey, remember that thing that made me laugh so hard I sneezed popcorn and wet myself?" Nope. Most of the audience was thinking, "what was everyone thinking?"

Red Sparrow. Red Sparrow was the absolute worst and never should be mentioned again in polite conversation.

Great fun was had watching Aquaman. But as much fun as Aquaman is, it doesn't quite hit the bar that was set by Incredibles 2 and Ralph Breaks the Internet. Both of these animated features took full advantage of their medium, creating set pieces that could never exist anywhere else outside of a cartoon. Incredibles 2 hits a peak during the train scene, four minutes of mayhem and near chaos as Elastigirl chases an out of control train through the city. Dodging traffic and careening between buildings and billboards and construction sites, the film fully explores the different environments and literally stretches the idea of superhero as she uses all of her abilities and her intelligence to stop the train. Ralph Breaks the Internet hits its stride with the musical number A Place Called Slaughter Race, a piece of Busby Berkeley inspired insanity that takes the Disney Princess song to entirely new heights.

From where I'm sitting, the superhero genre film ended the year pretty strong with Aquaman. It's nuts and insane and it kind of needed to be. It's a movie about Aquaman. But we also had Venom and Avengers: Infinity War and Ant-Man and the Wasp and Deadpool 2 and Incredibles 2. But, in my oh-so-humble opinion, there is only one at the toppermost of the uppermost here - Ryan Coogler's Black Panther. A great hero surrounded by a great team. A villain whose motives aren't crazy evil, they're actually kind of sensible and make sense. It's just his methods that are wrong. His motivations are motivations the hero, and most of the audience, can relate to. It may not have anything the equivalent of Wonder Woman's No Man's Land scene. But it did have one of the most impressive casts ever seen in a comic book movie, Chadwick Boseman, Lupita Nyong'o, Danai Gurira, Daniel Kaluuya, Letitia Wright, Winston Duke, and Michael B. Jordan. On my personal mantle of the best of the genre, Black Panther sits on the same shelf as Captain America - The Winter Soldier and Logan and Deadpool and Wonder Woman, films that were more about bringing the four colour panels to life with emotion and fun and intellect than they were about building the better mouse trap.

The Stuff I Never Wrote About But Really Should Have

Netflix can be hit or miss when it comes to film. See exhibit A, Bright. Anyway. These are some films that can found on the most addictive streaming service in the known universe.

Annihilation is my favourite piece of genre art of the year, any genre. It's one of the Great Science Fiction Films. Filled with images and concepts and ideas that will burrow into the audience's minds and take up residence for months. Annihilation is giving you no answers, at least no easy ones. And, if you're like me, you will find yourself obsessing over an idea, a concept, an image, something from the movie, weeks, months later. It's the best kind of science fiction. It offers much but the viewer has to fill in some of the jigsaw puzzle with pieces from their own experiences, from their own conceits.

Another one that hit me in the gut was Cam. An ambitious cam girl finds herself replaced by, well, herself. And she has to solve that mystery and the fallout of her family finding out what she does for a living. Great performances and a very authentic feel equals a really good thriller. I really dig Cam. Your gas mileage may vary.

The Ballad of Buster Scruggs, the Coen Brothers anthology movie, is unlike anything else anywhere. Some of the stories are stronger than others. And it does have the late Coen pessimism and hatred of conventional endings. Go in knowing that you're not going to get The Big Lebowski or Fargo and you might like it.

And this brings us to Bird Box. I enjoyed it. You may enjoy it. Or you may not. This is another film that gives no answers, that doesn't lay anything out for the audience. I think it's worth checking out. And no, it's not A Quiet Place with blindfolds.

And Now the Best of the Year

So, like I said up top, 2018 isn't going to have a volume dedicated to it when someone writes up a compendium of the Great Film Years. It might get a chapter. Maybe. But it was an enjoyable year. It was a serviceable film year with some truly great films smattered here and there.

I will fight anyone that says anything negative about Christopher Robin. Damn, I love that movie despite, or maybe because of, its faults. It's nowhere near perfect but it is easily the most charming film of the year. And Mission Impossible: Fallout is definitely the best action film of the year, maybe the best action film since Fury Road. And I've already expressed my love of Black Panther. I'm not going to bother with rating anything this year. That leads to nothing but me wishing I could edit the list for the rest of my time on this blue marble. I look back at my lists from past years and I still want to move things around.

I think that my favourites from this year are First Man and A Simple Favour. I can't decide which one is the toppermost of the uppermost. I loved them more than any other films this year. I think they're both near perfect. And they couldn't be more different. One is is a thoughtful and insightful look at the life of one of history's Great People, the other is a sexy Hitchcockian thriller with a solid mystery. They're both beautifully written and filmed and acted. One made tears flow, the other made me laugh until my belly hurt. They are both examples of what Great Films should be. So, yeah. I can't decide so First Man and A Simple Favour are my favourite films of 2018.

Ontario confirms 111 new cases of COVID-19 today
Jul 14, 2020 11:30 AM
Comments
We welcome your feedback and encourage you to share your thoughts. We ask that you be respectful of others and their points of view, refrain from personal attacks and stay on topic. To learn about our commenting policies and how we moderate, please read our Community Guidelines.