WORLD: What Canada contributed to the moon landing

In part one of this three part series, Global explores how NASA accomplished the unthinkable, and what Canada contributed
0
Jul 18, 2019 8:55 PM By: Global News 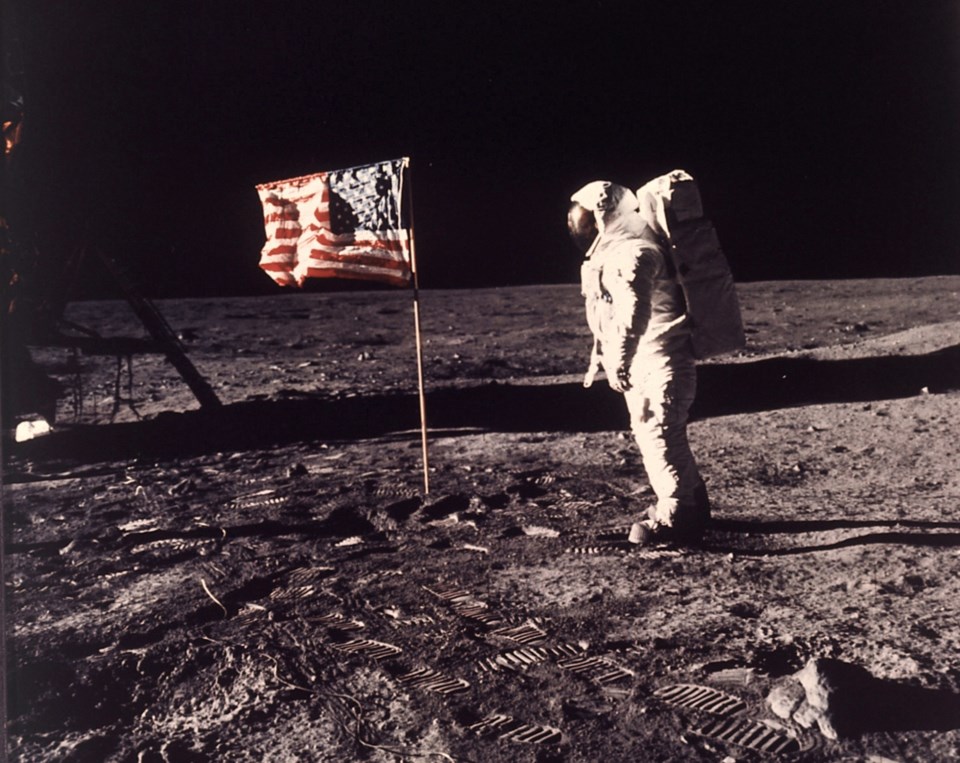 This is part 1 of Canada’s Footprint, a three-part online series on the 50th anniversary of the moon landing and Canada’s involvement in it. You can find other stories and videos on the moon landing here on globalnews.ca.

The moon landing feels like something that happened too early.

When you look back at what NASA was able to accomplish — putting two men on the lunar surface and bringing them home safely — it doesn’t feel like something that should have happened in 1969.

“It is almost like it was a bit of the 21st century pulled out and put in the 1960s,” says space historian Chris Gainor.

Looking back at the Apollo 11 mission, it’s indeed amazing NASA pulled it off using the technology of the day.

A modern smartphone has more computing power than NASA had to plan the Apollo missions. The computer that controlled the spacecraft on its way to the moon, the Apollo Guidance Computer (AGC), was state-of-the-art for its time. But the AGC’s computing power is dwarfed by technology today.

Apollo’s computer had just over 12,000 transistors, while a typical smartphone in 2019 has more than a billion. Modern computers are literally hundreds of thousands times faster and can hold millions of times more memory.

“I think it’s ridiculous that they actually pulled the whole thing off,” says Ross Maynard.

WATCH BELOW: How Avro Arrow engineers joined NASA to help win the race to the moon

Maynard’s father, Owen Maynard, was a NASA engineer who had a major role in designing Apollo’s lunar excursion module, the LEM. He was part of a group of engineers from Canada who were recruited by NASA after the cancellation of the Avro Arrow project in 1959.

To this day, Ross Maynard is shocked by what his father accomplished considering the limits of technology in the 1960s.

From the Wright brothers’ first flight in 1903 to the planning of the Apollo mission, there was a gap of less than seven decades.

Historian Erin Gregory, a curator with the Canadian Aviation and Space Museum in Ottawa, says the timeline of space flight made technological leaps incredibly quickly.

When the Soviet Union launched the first satellite into space in 1958, it didn’t do much more than emit a beeping sound as it orbited the Earth.

“You’re starting in the late ’50s, and in the space of maybe a dozen years they’re putting people on the moon,” Gregory says. “This is incredible. That trajectory is amazing.”

In 1962, then-U.S. president John F. Kennedy pledged to put a man on the moon and return him safely to Earth by the end of the decade.

The immensity of that challenge should be put in context. When Kennedy delivered his seminal moon shot speech at Rice University on Sept. 12, 1962, NASA had only put one astronaut in space and that was for a total of 15 minutes. Alan Shepherd’s Freedom 7 mission in May 1961 was basically up and down. The craft didn’t reach orbit and landed less than 500 kilometres from where it launched.

The Soviet Union, meanwhile, had already put a cosmonaut into orbit around the Earth.

“To be sure, we are behind, and will be behind for some time in manned flight,” Kennedy said. “But we do not intend to stay behind, and in this decade we shall make up and move ahead.”

While the Soviet Union won the race to put the first man in space, the U.S. would meet Kennedy’s challenge and capture the ultimate prize, the moon. Neil Armstrong would set foot on the moon at 10:56 p.m. EDT on July 20, 1969. Some 500 million of the world’s then 3.6 billion people watched the landing live on TV.

Kennedy’s 1962 speech made the space race a matter of national security.

Focusing the country on the space race would have been impossible if Kennedy hadn’t made it a question of good versus evil. He pitched it as the only way to make sure the new frontier didn’t become a new theatre of war.

“There was a national security impetus,” Gregory says. “Americans decided to do it even though it was at the edge of their technological capabilities.”

Former NASA engineer Bryan Erb, who worked on heat shields for the Mercury and Apollo projects, was one of the Canadian engineers recruited by NASA after the cancellation of the Avro Arrow.

Back in those days, getting help from computers meant entering data onto punch cards and then running boxes of cards through a card reader.

And it was a technological gamble that paid off. A half-century ago, NASA accomplished the unthinkable, and we can all look up at the moon in wonder.

This is part 1 of Canada’s Footprint, a three-part online series on the 50th anniversary of the moon landing and Canada’s involvement in it. You can find other stories and videos on the moon landing here on globalnews.ca.

Also, watch Mike Armstrong’s documentary, ‘The Moon Landing and the Maple Leaf,’ debuting July 20 on at 7 p.m. on Global TV and 10 p.m. on History.

BEYOND LOCAL: How to plan a family trip that works for every generation
Jan 25, 2020 8:55 PM
Comments
We welcome your feedback and encourage you to share your thoughts on this story. We ask that you be respectful of others and their points of view, refrain from personal attacks and stay on topic. To learn about our commenting policies and how we moderate, please read our Community Guidelines.