KGHM lays off 22 workers from Morrison Mine operation 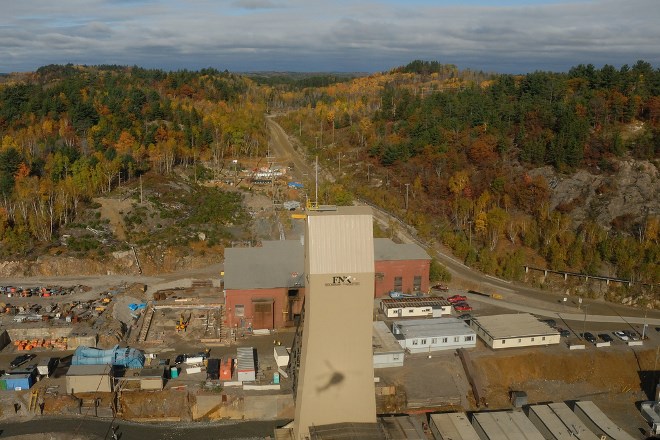 Polish-owned mining company KGHM announced it has laid off 22 workers from its Morrison Mine operation due to low mineral prices.

Polish-owned mining company KGHM has announced it is cutting 22 jobs from its Morrison Mine operation.

It is located about 45 kilometres northwest of Sudbury, on the northeast outskirts of the outlying community of Levack.

Myles Sullivan, area coordinator for Northeastern Ontario for Steelworkers Local 2020, who represents the affected workers, said the layoffs were decided on in mid-December by KGHM.

He said the layoffs are due to low mineral prices.

While job cuts are always difficult, he said the union put a few benefits in place for the affected workers.

“We've been working with the company and the workers to get them severance packages and we managed to save a few of the layoffs with early retirement packages to save some of the junior folks,” he said in a Jan. 9 interview. “It was hard having to manage layoffs just before Christmas, but we are going to help them any way we can.”

The assistance includes six months of benefits extensions and recall rights based on seniority in the event of re-hiring.

There is no word if these layoffs are temporary or permanent.

Nickel has been selling at around $5 USD per pound and has been at that level for around four years.

“When prices are that low for an extended period, it's hard to keep a strong bottom line,” Sullivan said

There is hope a rebound is around the corner due to increased demand for battery electric vehicles, in which nickel is a critical component.

Sullivan said even if prices do increase it would have to be a sustained upswing to call it a rebound.

“I don't see prices rebounding overnight, and when they do, it has to stay up for a while before the company does something,” he said. “We are keeping our eye on it and hoping for the best.”

Calls to the KGHM Sudbury office for comment were not immediately returned.

According to the KGHM website, the mine originally opened in 1915 and extracted nickel, copper and some precious metals from two shafts, Levack and Craig, until it closed in 1997.

KGHM acquired it in March 2002 and renewed production five years later. Exploration was carried out on the acquired property that resulted in the discovery of the Morrison deposit, rich in polymetallic ore with high-grade copper, nickel and precious metals, and production began.

Mining in its current form will be conducted until 2020.

On Sept. 7, 2018, FNX Mining/KGHM International was fined or an accident at the mine in 2017 that left a worker critically injured. The company pleaded guilty and paid $70,000 and a 25 per cent surcharge, which is credited to a special provincial fund to assist victims of crime.