The solution to better education in Canada isn’t a national department, politicial studies prof says
Jan 13, 2021 8:55 PM By: The Conversation 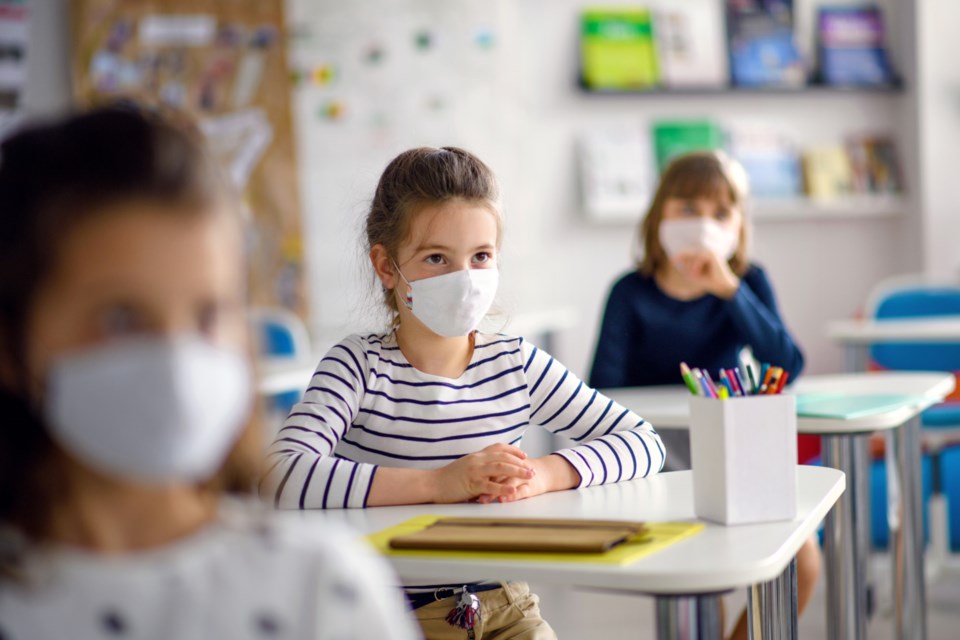 Does Canada need vigorous leadership in elementary and secondary education, particularly through the COVID-19 pandemic? Absolutely. Are the provinces and territories providing this leadership in an effective and satisfactory way? In some cases, no.

Is the answer to create an emergency ministry of education housed in Ottawa? Unequivocally, no.

As I document in my book, Canada stands alone globally as a country without a national department of education — and this should continue. Elementary and secondary education is one of the few areas that Ottawa has steered clear from, and this has been to Canada’s advantage.

However, there are practical steps that should be taken towards improving our educational systems.

As some researchers have argued, collecting identity-based data would help to better identify and address barriers and problems faced by specific groups of students. For example, data collection in Toronto revealed achievement gaps between students based on race and income in pubic schools.

Destreaming Grade 9 courses is one way the province is responding. Education researcher Carl James, who authored the report Towards Race and Equity in Education: The Schooling of Black Students in the Greater Toronto Area, has noted that collecting data pertaining to all identities and analyzing it from an intersectional point of view is relevant.

Accurate identification of how students are faring across the country will strengthen the possibilities of developing targeted and effective solutions.

Most governments also need to better engage with communities to ensure a wider range of insights are integrated into policy development.

Politically, any move by Ottawa to create a national education ministry would be viewed as a jurisdictional affront by provincial and territorial leaders, and quite rightly rejected as an unconstitutional incursion.

The responsibility for education falls to the provinces, and they have worked consistently to maintain their clear jurisdiction. In 1967, the provinces established the Council of Ministers of Education Canada (CMEC), which serves as a forum to discuss policy issues. The body also serves to share projects and activities and to represent education interests in Canada internationally.

The one area where the federal government has been responsible for designing, managing and delivering kindergarten to Grade 12 education programs has been the provision of schooling for First Nations children living on reserves. Combined with chronic infrastructure underfunding that impacts many Indigenous communities’ quality of life, Ottawa is failing at this.

The federal government fails to provide the resources necessary to ensure effective and equal schooling opportunities for First Nations children and this must urgently change.

It also means Ottawa officials should not be entrusted to create a ministry charged with leading 13 schooling systems.

In other federations, national departments of education don’t contribute to better, more equal and effective public programs for elementary and secondary education.

In the United States, despite decades of intervention from the Department of Education, including mandated large-scale high stakes testing, educational achievements haven’t improved. Inequality in education outcomes have proliferated and public schools in many states have weakened.

In Germany, the Federal Ministry of Education and Research hasn’t managed to reduce stubborn inequalities in education outcomes that demarcate the former eastern states from the former western states in addition to those shown between students from lower socio-economic backgrounds and wealthier students.

Other countries with national departments of education record lower achievements than Canada on virtually every measure of education quality, including high school completion rates, post-secondary graduation rates, overall achievements in the OECD’s Program for International Student Achievement (PISA) and in achieving both excellence and equity in these results.

Without Ottawa’s direct intervention, the provinces and territories have fashioned robust public systems of effective education that can be responsive to inequalities.

Our provincial and territorial school systems aren’t perfect. The COVID-19 pandemic is revealing some major weaknesses in many education systems.

Governments have varied in their educational investments, and — outside of Québec and more recently Prince Edward Island — have underinvested in quality early child care and education.

Systemic inequities have become exposed anew in the pandemic, such as the capacities of privileged parents to take on fund-raising or volunteering to cover gaps in schooling opportunities or infrastructure. The vulnerabilities of students in lower-income and racialized neighbourhoods and students with disabilities have also come under scrutiny.

Actions by some provinces during the pandemic have been absurd.

Ontario, for example, has revealed itself to be unprepared, ill-advised, unresponsive and ill-equipped.

Other provinces and territories, however, have managed to design seemingly better strategies in response to the COVID-19 pandemic.

British Columbia won the support of some key stakeholders for school reopening plans. The province followed recommendations from senior health officials and crafted a plan collaboratively by engaging with parents, superintendents and trustees.

Provinces and territories need to work together beyond the pandemic to assure that future students will benefit from strong systems of public education.

To do so, CMEC needs to be emboldened to further co-operation and collaboration. Advancements in online learning, programming for students with disabilities and teacher professional development, for starters, would be enhanced by sharing ideas and resources.

But ministries of education also need to rethink their engagement with parents, teachers, faculties of education and other community members. In 2004, Ontario launched the Education Partnership Tables, but these weren’t maintained by the current government.

Canada’s provinces and territories could take inspiration from Scotland, which launched an Education Recovery Group that operates with remarkable representation and transparency. Wider policy engagement would strengthen and improve Canada’s robust systems of education.

In the meantime — and herein lies Ottawa’s indirect role — the federal government must capture better and more accurate data to help provinces and territories design and implement the necessary interventions to improve schooling quality. Ottawa should invest in Statistics Canada for this.

Canada already has a strong foundation for delivering public education during the pandemic and beyond thanks to the provinces’ and territories leadership. It will be through their leadership that Canada continues to provide equal and high-quality public schooling.

We don’t need to invite Ottawa to amble into the middle of a public service that is functioning fairly well without its involvement.

Get a Free Community Hub Program with any annual display package.
Dear reader