PDAC has confirmed the dates for its first ever virtual event
Nov 20, 2020 5:00 PM By: Northern Ontario Business Staff 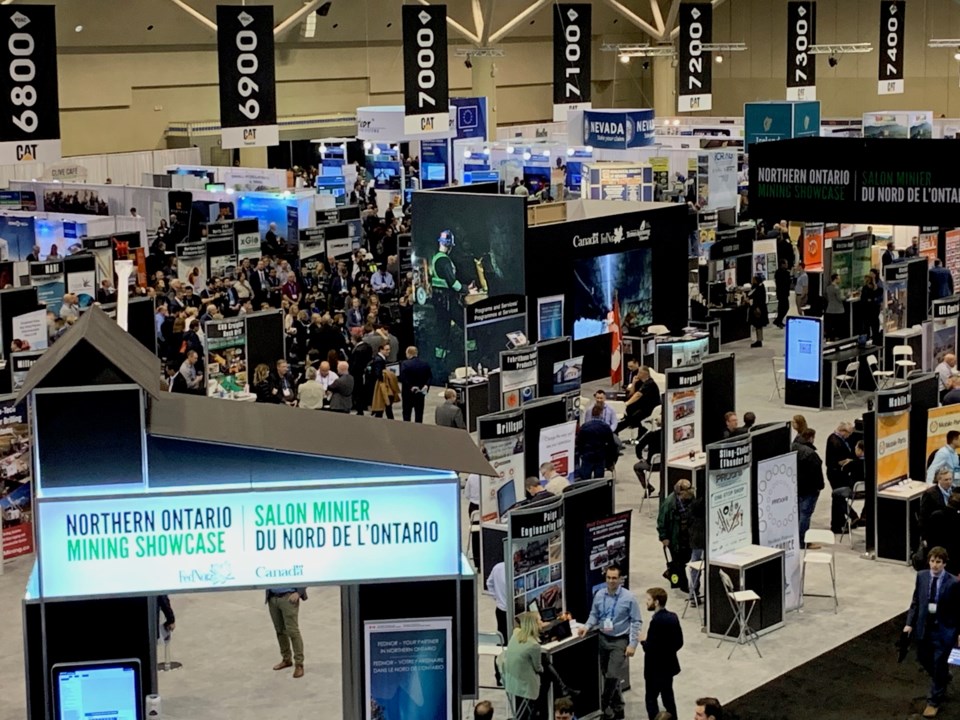 The Northern Ontario Mining Showcase is a key feature at the annual conference of the Prospectors and Developers Association of Canada. (Supplied photo)

The Prospectors and Developers Association of Canada (PDAC) has confirmed its 2021 conference will take place March 8-11.

Given the concerns around the COVID-19 pandemic, PDAC announced in September the conference would be held virtually. It will be the first time the conference has run online in its 89-year history.

As the world’s largest mining convention and tradeshow, PDAC annually attracts upwards of 25,000 people from around the world, who converge on Toronto over four days.

One of the largest pavilions during the event is the Northern Ontario Mining Showcase, which provides booths for 110 Northern Ontario mining service and supply companies to exhibit their products and services.

It was during the 2020 conference, held March 1-4 in Toronto, that a Sudbury attendee first contracted COVID-19, resulting in Northern Ontario’s first confirmed case.

More details about the schedule for PDAC’s event are expected to roll out in the coming weeks.

Province investing $115 million to support home care system
Dec 2, 2020 1:00 PM
Comments
We welcome your feedback and encourage you to share your thoughts. We ask that you be respectful of others and their points of view, refrain from personal attacks and stay on topic. To learn about our commenting policies and how we moderate, please read our Community Guidelines.