Teamsters Canada says they've asked Ottawa to force companies to clean trucks, trains and package cars between use to prevent transmission of the virus
0
Mar 30, 2020 4:32 PM By: Canadian Press 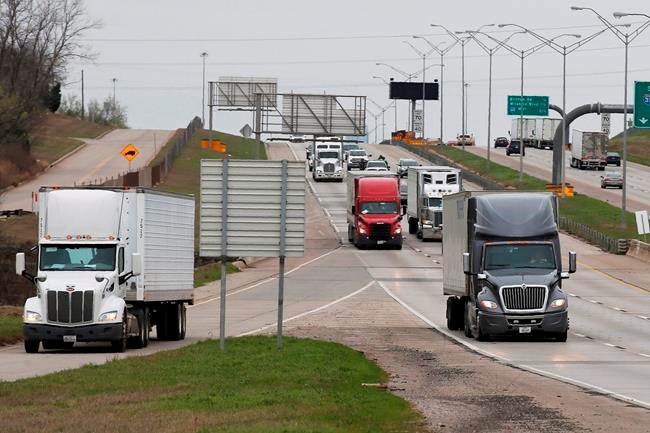 Truck drivers face an uphill challenge as rest stops shut and owners bar access to washrooms amid the COVID-19 pandemic.

Teamsters Canada says truckers are increasingly being denied warm meals, hot showers or even a place to wash their hands.

Union spokesman Christopher Monette says the shuttered truck stops are a "huge problem" across Canada and the U.S.

He says highway rest areas for big-riggers are likely less risky than a grocery store or pharmacy, which can be more crowded.

On Sunday, Ontario Labour Minister Monte McNaughton tweeted photos of signs barring bathroom access to drivers and called it a "disgrace," saying that drivers "get goods to market" and deserve respect.

In a letter to the prime minister last week, Teamsters Canada asked Ottawa to force companies to clean trucks, trains and package cars between use to prevent transmission of the virus.

This report by The Canadian Press was first published March 30, 2020.

COVID-19: Thunder Bay-area MP says feds in talks with NHL about hosting playoffs in Canada
May 29, 2020 8:20 AM
Comments
We welcome your feedback and encourage you to share your thoughts. We ask that you be respectful of others and their points of view, refrain from personal attacks and stay on topic. To learn about our commenting policies and how we moderate, please read our Community Guidelines.