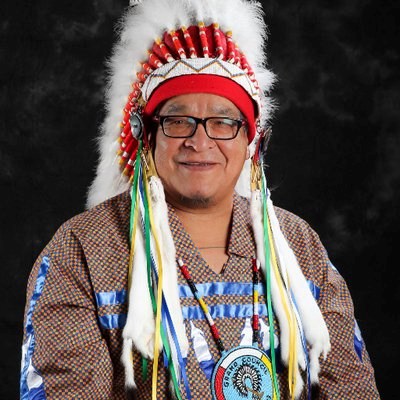 KENORA, ON —  A First Nations leader in northwestern Ontario wants the provincial government to change its plan for licensing retail cannabis outlets.

Grand Council Treaty 3 Grand Chief Francis Kavanaugh says the decision to license only 25 retailers initially, and only in larger population centres, blocks all northern Ontario First Nations from participating in the cannabis market at the outset.

In a letter Monday to cabinet ministers Greg Rickford, Caroline Mulroney and Vic Fedeli, he writes that the Conservative government's approach is "in stark contrast" to the previous Liberal government's plan, which saw the emerging legal market for cannabis as a chance to "economically empower First Nations people."

Kavanaugh noted that the Liberals were willing to enter into arrangements with First Nations' band councils for the on-reserve sale of cannabis.

The revised plan—which will grant licences to one operator each in two northern centres with at least 50,000 residents—"erects actual barriers," the letter said, to the participation of any northern Ontario first nation at all.

According to Kavanaugh, other provinces, including Manitoba, Alberta and BC, the retail models include criteria favourable to the involvement of Indigenous communities.

He added that he's concerned that holding a lottery for the initial 25 licences across the province will not result in the selection of "quality proposals that align with the objectives of protecting youth and combatting the illegal market" for cannabis.

Kavanaugh said the Alcohol and Gaming Commission of Ontario should be allowed to issue more retail licences per district in northern Ontario, or to create a special allocation for First Nations.

"It is unlikely that the geographic dispersion and relatively small size of the northern market will unduly compromise provincial (cannabis) supply constraints," his letter concluded.

Fort Frances councillor Douglas Judson says he is "not a cannabis advocate" but is an advocate for getting "a fair shake" for northern communities.

He feels the government's plan fails to address concerns about the ability of northern entrepreneurs, including First Nations businesses, to participate in the market.

"A number of us that work in economic development, that have an interest in our communities, are looking to emerging spaces like cannabis as an opportunity for entrepreneurs looking to bring something new to the region," Judson said in an interview.

He said the current plan completely excludes large districts such as Kenora and Rainy River, where businesspersons who may have been planning and waiting for legalization for years are unable to participate.

U.S.: Elderly man shoved to the ground as police clear Niagara Square from protesters
Jun 5, 2020 11:35 AM
Comments
We welcome your feedback and encourage you to share your thoughts. We ask that you be respectful of others and their points of view, refrain from personal attacks and stay on topic. To learn about our commenting policies and how we moderate, please read our Community Guidelines.

About the Author: Gary Rinne

Born and raised in Thunder Bay, Gary started part-time at Tbnewswatch in 2016 after retiring from the CBC
Read more