COVID-19: Coaches forced to rethink how they communicate with players in quiet venues

Fighters at UFC events have been able to hear cageside commentators critique their performance and adjust accordingly, if so desired
Aug 3, 2020 12:25 PM By: Canadian Press 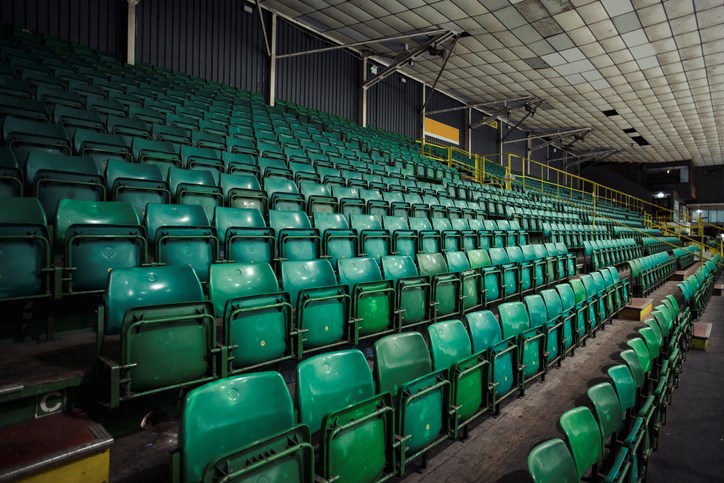 Whitecaps coach Marc Dos Santos, who speaks English, French, Spanish and Portuguese, switched to French when he wanted to pass on a message through one of his players during Vancouver's game with San Jose at the MLS is Back Tournament.

He yelled the message at French midfielder David Milinkovic to pass on.

"The reason I went in French with David was because I know the majority of the players on San Jose and their staff and I don't think it's a language that they speak a lot over there," Dos Santos explained later.

The strategy was only partially successful, however.

"With the action of all the game, David wasn't able to pass it with all the detail that I wanted," Dos Santos explained.

As sports return behind closed doors during the global pandemic, coaches have had to rethink how they communicate during games — because without crowds they can be heard.

The issue has even involved broadcasters. Fighters at UFC events have been able to hear cageside commentators critique their performance and adjust accordingly, if so desired.

UFC heavyweight Greg Hardy, in his post-fight interview after winning a decision over Yorgan De Castro in May, credited fighter/analyst Daniel Cormier for noting he should do a better job checking De Castro's leg kicks.

"Thank God for not having the crowd," Hardy said. "Shout out to DC. I heard him tell me to (start) checking ... So I started trying to check them. Game-changer."

MMA coaches, who are positioned cageside, have long used codes to communicate with fighters so opponents don't know what to expect.

Broadcasters have also had to deal with colourful language being heard during games. Matches at the MLS is Back Tournament are preceded by a language warning on Canadian broadcasts.

It's a warning some coaches have clearly not considered, given the candid comments that can sometimes be heard from the sidelines.

Seattle Sounders coach Brian Schmetzer acknowledges communication is easier without fan noise but says he still chooses what he opts to put out.

"Well, I think sometimes players tune their coaches out," he said with a chuckle. "Look if you've got a guy that's right in front of your bench, he can't ignore you.

"My personal opinion is you don't want to be non-stop coaching from the sideline. They're not puppets, they are athletes. They are pro soccer players. They are smart, they are technically prepared. That's just not my coaching style."

At least one coach at the Florida tournament opted for written instructions, sending on a note with a substitute to pass on to a teammate.

Schmetzer and Toronto coach Greg Vanney both say the hydration breaks mandated because of the Florida heat help communication.

"I think you can get more out of the water breaks, if there's two water breaks during a half, you can change tactics slightly," said Schmetzer.

"You get an opportunity to address your whole group ... and try to put them back out in the best way possible based on what you've seen," he said.

That proved handy at the tournament, he said, because teams aren't great at adapting on the fly early in the season.

The tournament continues with quarterfinals this weekend. The semifinals are Wednesday and Thursday, with the final on Aug. 11.

This report by The Canadian Press was first published July 31, 2020.

Liberals reach deal with NDP on COVID-19 aid bill, likely averting election
Sep 25, 2020 9:30 PM
Comments
We welcome your feedback and encourage you to share your thoughts. We ask that you be respectful of others and their points of view, refrain from personal attacks and stay on topic. To learn about our commenting policies and how we moderate, please read our Community Guidelines.