US orders for durable goods slip 0.2% in January

WASHINGTON — Orders to U.S. factories for big-ticket manufactured goods dipped in January, pulled down by decreased demand for cars, auto parts and military aircraft. The Commerce Department said Thursday that orders for durable goods slipped 0.
0
Feb 27, 2020 8:33 AM By: Canadian Press 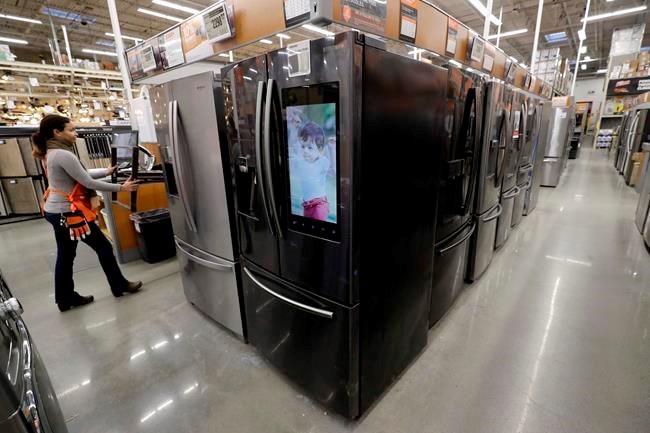 Economists had expected a bigger drop in overall orders for durable goods, which are items such as appliances and industrial machinery meant to last at least three years.

Over the past year, the orders are down 2.3% and are flat excluding transportation.

American industry has been hobbled over the past year by President Donald Trump’s trade war with China and a global economy that looked fragile even before being hit by fallout from a fast-moving coronavirus outbreak.

The numbers have been especially volatile in recent months because of Boeing’s decision to suspend production of its troubled 737 Max airliner. Orders for civilian aircraft surged 346.2% in January after dropping 66.7% in December.

Orders for computers were up 8% and orders for machinery were up 2.1%.

A category that tracks business investment -- orders for nondefense capital goods excluding aircraft -- rose 1.1% in January after falling December and being flat in November.

Contagious singing as Corona Community Chorus unites voices
Apr 4, 2020 10:17 AM
Comments
We welcome your feedback and encourage you to share your thoughts on this story. We ask that you be respectful of others and their points of view, refrain from personal attacks and stay on topic. To learn about our commenting policies and how we moderate, please read our Community Guidelines.