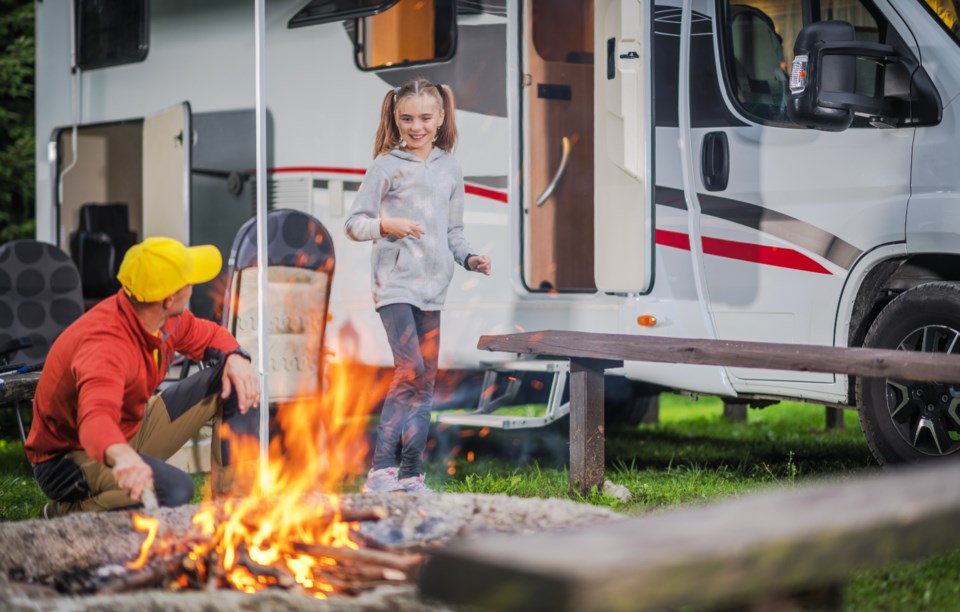 For many Northern Ontario residents, the great outdoors can easily be taken for granted. The natural beauty and recreational opportunities available can be as close as the backyard or within a few hours’ drive. But for overseas tourists travelling in RVs, those scenic backdrops, along with cultural and recreational opportunities, are bucket list items just waiting to be checked off.

Established RV touring routes through Northern Ontario are a relatively new concept and one that holds great economic gain for the tourism industry.

“We’re still in the early stages of developing various routes and what is driving this momentum is our mandate which is to grow tourism in our region,” said David MacLachlan, Executive Director, Destination Northern Ontario (DNO). “In particular, we’re looking at the overseas market because we’ve underperformed for so long.”

Currently, visits from overseas markets represent only one-tenth of a percentage of all visits to Northern Ontario. Raising this number to two per cent would create a significant impact on tourism revenue.

“If we can grow the overseas visits to two per cent (which is the Ontario average), it would generate an additional $500 million in tourism revenues for Northern Ontario,” said MacLachlan.

The importance of capturing that overseas market was identified in both the 2017-2020 and the 2014 Northern Ontario Tourism Product Development Strategy. Both prioritized the need “to showcase and highlight the natural features, stories, communities, culture and heritage that are Northern Ontario and gateways and urban communities that act as both hubs and destinations”.

Knowing you have bucket list items is one thing but educating potential visitors about the access and availability of these items is another. It requires a comprehensive international marketing strategy targeted at specific European markets.

“We have what they’re looking for. But in the words of one of my marketing professors, they don’t know what they don’t know,” said Gord Rees, Market Development, Westcoast Mountain Campers (a division of Canadream). “Overseas travellers are familiar with the iconic destinations like Banff or Lake Louise and their first-time visit is often to go to those places.” He added that both Canadian coasts offer a variety of scenic RV tours, however, he describes that market now as ‘somewhat stressed’.

“There is an abundance of overseas travellers in those areas and there’s plenty of room in Ontario,” said Rees. His brings 35 years of experience in the RV rental market, and now as a member of the RV Rental Association of Canada, he’s been working to help DNO create RV routes that appeal specifically to overseas travellers.

RV tourists travel 200 kilometres a day, on average. So, they’re using campgrounds and local amenities such as grocery stores. They also need to know where to find pumping stations, maps, fishing licenses and recreational and cultural opportunities.

The RV rental industry, in Canada, is well-established and six Canadream locations provide comprehensive RV rental services. Toronto serves as the gateway to travellers coming from Amsterdam, Frankfurt and London.

“We met Gord two years ago and he was generous to take time to tour around the north in 2018 and then again this year,” said MacLachlan. “Coming out of this was the creation of the Fur Trade Route then a second tour will be launched in 2020.”

The Fur Trade Route was the first RV tour that came out of Gord’s discovery analysis. RV travellers have a choice of 30 provincial parks for staging as well as a roster of private campgrounds. It includes four national historic sites in the Parks Canada system.

Currently, there are three RV circle trips out of Toronto: Niagara, Algonquin Park and Manitoulin Island. The key, MacLachlan said, is moving those RVs further into the northern part of the province. Existing auto or RV circle routes can be further developed – including the Lake Superior Circle Tour, the Group of Seven Route, Georgian Bay Coastal Route and the Temiskaming Tour.

“We’re looking at concentrating on the Georgian Bay Coastal Route and connecting that to the Lake Temiskaming Route and then the Lake Superior Circle Tour,” said MacLachlan. “We’re working with the province and north-west to see a Thunder Bay to Winnipeg loop, as well.”

Catering to a new market means changes for many tourist operators.

A hard outdoors market appeals to an experienced or avid visitor while a softer market holds appeal to someone wanting to sample or experience a first-time adventure within a shorter timeframe and bringing little or no past experience.

For example, a fishing lodge may be renowned for catering to US fishermen with a program that is focused on fishing alone but the overseas traveller may be interested in only a half-day of fishing followed by a shore lunch. They then may want to try kayaking or bird watching. This learning curve means that tourism operators may need to build on existing programs or partner with other suppliers to add to their menu of experiences available. It is also about ensuring they have information on what else is available in the immediate region.

“Parks and campgrounds really know how to appeal to the RV tourist because they’ve been dealing with the soft outdoors for so long,” said MacLachlan. “We recognize that private campgrounds and provincial parks recognizing the importance of the Euro market; the majority of them are already aware of this opportunity so it’s a question of how to get more (overseas travellers) to them.”

Being aware of the niche market means offering a range of on-site programming or having brochures that highlight area attractions so that the overseas tourists have readily identified options to choose from.

Destination Northern Ontario is funded by the Ontario Ministry of Heritage, Sport, Tourism and Culture Industries. It is the largest of Ontario’s 13 Regional Tourism Organizations Their mandate is to coordinate, align and invest in sub-regional programs and serve as the lead in pan-northern management functions.