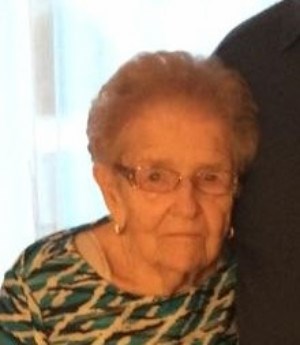 Passed away peacefully at the St. Joseph General Hospital in Elliot Lake on March 15, 2018 at the age of 91. Pre-deceased by her husband Joseph Sr in 1999, Tressa was a loving mother to Deloris Middlebrook (Hilton), the late Douglas Zoldy (Jean), the late Eddie Zoldy (Wendy), Susan Hastings (Bill), the late Goldwyn Zoldy (Maryanne and partner Dan), Victor Zoldy )Elaine), Richard Zoldy (late Madeleine), Joseph Zoldy Jr (Carmen), the late William Zoldy, Steve Zoldy (Kim) and the late Rose Zoldy. Dear grandmother to numerous grandchildren, great grandchildren and great great grandchildren. Also survived by 2 sisters, Marion Olmstead and Berl Armitage-Dagg as well as numerous nieces and nephews. At the request of the family, cremation has taken place and a memorial service followed by burial in Sturgeon Falls will be held at a later date.