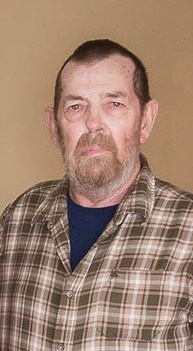 With broken hearts we announce the passing of Cliff, with his loving wife by his side, at the age of 71. Survived by his beloved wife Lori (nee Belisle), his children Craig, Emily (Robert) and Joshua (Samantha) and grandchildren Avery and Aubree. He leaves his brothers Chester (Donna), Bruce (the late Linda) and Peter (Linda). Cliff leaves a host of brother and sister in laws, nieces, nephews and friends. He will be forever missed by his best friend and fur baby, Buddy. Predeceased by his children Karen and Kevin, his parents Grant and Adeline as well as his in laws Octave and Kaarina Belisle.

Cliff loved the outdoors especially hunting and fishing, but his greatest love of all was his grandson Avery whom he called “Little Man”. Over 6 years ago Cliff got sober and became the most loving husband, dad, grandfather, and brother…and family mattered.

The family wishes to thank the doctors and nurses at the Cancer Clinic in Sault Ste. Marie, as well as his home care nurses Amy and Jessica. The family would also like to thank Cliff’s friend and helper Mark.

Family and friends are invited to a graveside service at Pine Grove Cemetery on Monday, October 28, 2019 beginning at 1pm.

Donations can be made to a charity of choice and are appreciated by the family.