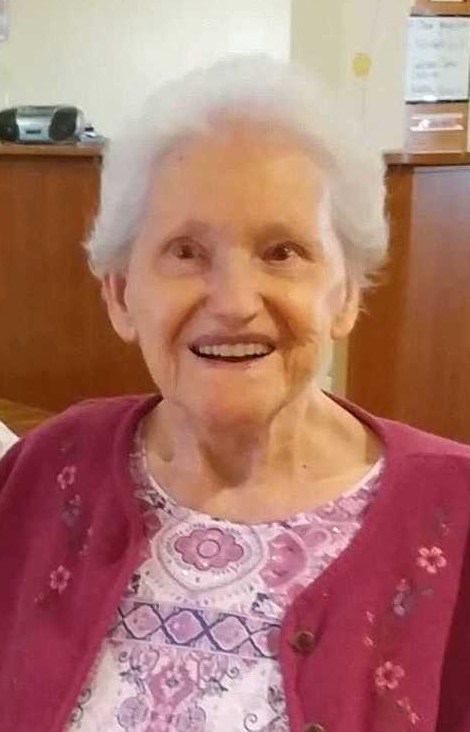 Passed away peacefully on October 24, 2019 at Algoma Manor at the age of 90. Beloved wife of the late Peter King (1985). Dear mother of Earlene McColman (Ken) of St. Thomas, Marilyn Maville (Stephen) and Joyce King of Thessalon and Peter King (Diane) of Sault Ste. Marie.

We wish to thank all staff of Algoma Manor for the excellent care of our mother and doctors Meuller, Keating, Haapala and Crawford for their care and compassion.

In lieu of flowers, memorial donations to the Spruce Unit Equipment Fund of Algoma Manor are appreciated.

Friends and family are invited to visit at Zion United Church, in Thessalon on Saturday, November 9, 2019 from 10am until time of service at 11am. Interment at Pine Grove Cemetery. Reverend Erasmus Madimbu officiating. Light luncheon at IOOF Hall in Thessalon following burial. Arrangements entrusted to Beggs Funeral Home www.beggsfh.com

Claire was an honorary member of the Royal Canadian Legion Ladies Auxiliary Branch 182 and members are asked to assemble at Zion United Church on November 9, 2019 at 930am for a memorial service for their late Comrade.

She was also a member of the Elizabeth Rebekah Lodge #339 and members are asked to assemble at Zion United Church on November 9, 2019 at 945am for a memorial service for their late Sister.