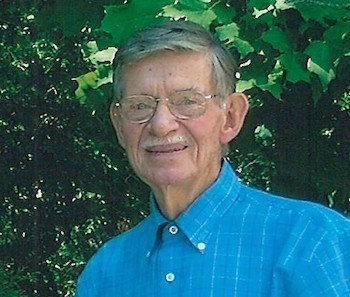 Charles was born in Blind River during the Great Depression, but despite his humble beginnings he worked hard & rose above it to have a successful life and career. He was a WW 2 veteran and took advantage of the welder's training that was offered, working at Algoma Steel, Department of Highways and later for Pronto and Pater mines. When they closed, he moved the family to Elliot Lake working for Rio Algom initially as a welder and later as maintenance planner until he retired. In his early years he was president of the Legion in Blind River, coached little league, minor hockey, enjoyed fishing and hunting and golf. In later years woodworking, carving and gardening became his passion.

The family thanks everyone at Huron Lodge for making Charles feel at home, as he was happy to be there. Thank you also to Dr. Wannan and Dr. Long and the 3rd floor staff and physiotherapists for your compassionate care as well. A memorial service will be announced at a later date in the spring. Contributions to Heart and Stroke Foundation would be appreciated.