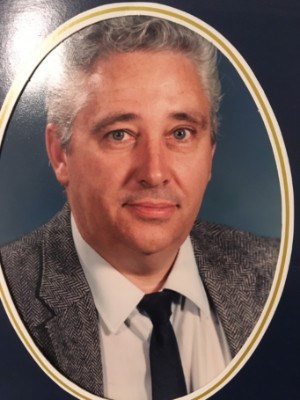 On May 15th, 2020, after a long battle with dementia and cancer, Murray Douglas Campbell, aged 79, passed away peacefully at his home in Thessalon, surrounded by his loving family.  Beloved husband of 53 years to Georgina (nee Walters).  Devoted father of Tania McPhee of Halton Hills, Ontario and Mark Campbell and his wife Megan of Rockwood, Ontario. Cherished grandfather of Aiden Godron, Cormac McPhee, and Brynn Campbell. Loving brother of William Campbell. Brother-in-law to Ruth and Marc St. Hilaire of New Glasgow, NS.  Murray was born on October 16th, 1940, in Wingham, Ontario to the late James and Hazel (nee Irwin) Campbell.  He grew up in Wingham and then joined the Royal Canadian Navy and served on the HMCS Bonaventure. Murray then went on to serve as a police officer with the Ontario Provincial Police, working in many small Northern Ontario communities including White River, St. Joseph’s Island, Ottawa, Hurst, and Thessalon. Attending teacher’s college in North Bay, Murray then began teaching elementary school with the Algoma District School Board first at Thessalon Township Public School, then at Echo Bay Public School, and of course, at Arthur Henderson in Bruce Mines.  It was in the classroom that Murray found his true passion. He was an extraordinary educator. His zest for life and learning engaged his students and his patience was second to none.  He was known for his calm demeanor and his ability to handle any crisis.  Everyone knew that they could always ‘count on Murray’.  Coaching many school sports and volunteering to be the computer technology expert, he always went the extra mile to contribute to the school community. After retiring from the ADSB, Murray returned to his law enforcement roots and became a security guard for various companies including Cameco in Blind River.

Murray was a loyal and caring friend, a loving father, an upstanding citizen, a charitable and compassionate human being. He will be remembered as a man of integrity who was guided in life by his moral compass and strong faith.  His sharp wit and warm personality put people at ease and made everyone feel welcome and comfortable.

Murray’s family wishes to give heartfelt thanks to Amy Shoust, RN and family friend Marilyn Goodall for the incredible care they provided for Murray. They would also like to thank all the staff at the Sault Area Hospital particularly Dr. Voutsadakis and the staff at the cancer clinic.
They also wish to express their gratitude to their family, friends and community for their continued love and support.

A private family service will be held at Beggs Funeral Home with Father Lordu officiating.  In lieu of flowers, the family would appreciate donations to Janet’s Warriors Transportation 4 Treatment (c/o Robin MacDonald, P.O. Box 702, Thessalon, ON, P0R1L0) in his memory. Please visit Beggs Funeral Home website obituaries to leave memories and condolences as a keepsake for the family