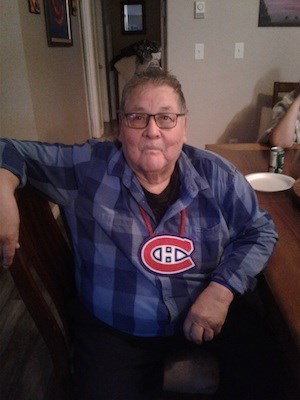 Teddy was a dedicated and loyal fan of the Montreal Canadiens. He was involved with his community, Mississauga First Nation for many years as both a men’s hockey and men’s and women’s baseball coach. His legacy includes coaching for both the Little NHL and the All Ontario Men’s Hockey and Fastball Tournaments. “He brought championship Nish hockey to our First Nation” - Roy Jackpine. As a younger man he was an excellent athlete and performed at a high level in all sports especially hockey, baseball and broom ball. He had a particular love for his fastball team the “Outlaws” where he was a great south paw pitcher. In his later years he was a big fan of local minor hockey and the Blind River Beavers. For many years he sat on The Mississauga First Nation Chief and Council as a councillor. A great man, well respected and known to many as  Grandpa and Uncle. He will be forever missed, loved and in the hearts and on the minds of the many lives he’s touched. Each and everyone will have their own special memory to cherish.