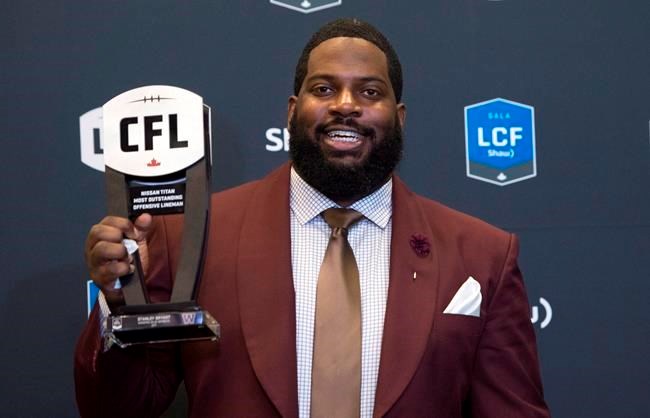 Bryant received the honour at the CFL's awards banquet.

Centre Sean McEwen of the Toronto Argonauts was the finalist.

The Bombers led the CFL in rushing (101.3 yards per game) and were second in offensive points (26.7 per game).

The six-foot-three, 297-pound McEwen, 24, is completing his second season with Toronto, which led the CFL in pass attempts (713) and completions (502) while finishing second in passing yards and net offence.