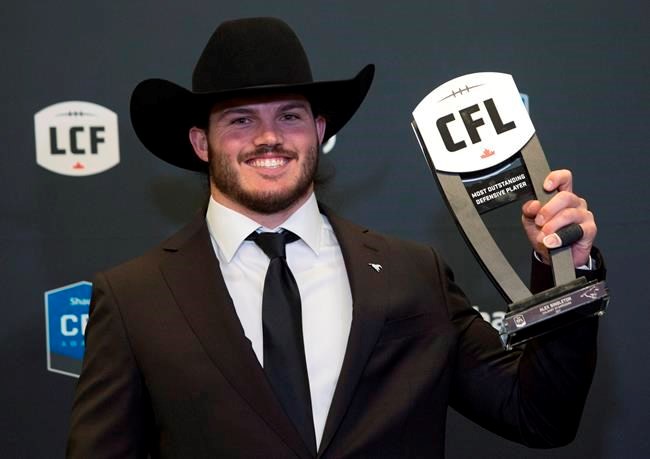 Singleton, 24, recorded 123 tackles — most by a Canadian — in his first full season as a starter, anchoring a Calgary defence that allowed a league-low 349 points (19.4 per game) while recording 50 sacks and 45 turnovers.

He's the first player in CFL history over the age of 35 to surpass 100 tackles, his previous best being 78 recorded last year.