Forward Kelly Olynyk will reportedly be unable to compete for Canada at the upcoming FIBA World Cup. Several media reports say that Olynyk will be sidelined by a knee injury he sustained last week.
0
Aug 13, 2019 11:35 PM By: Canadian Press 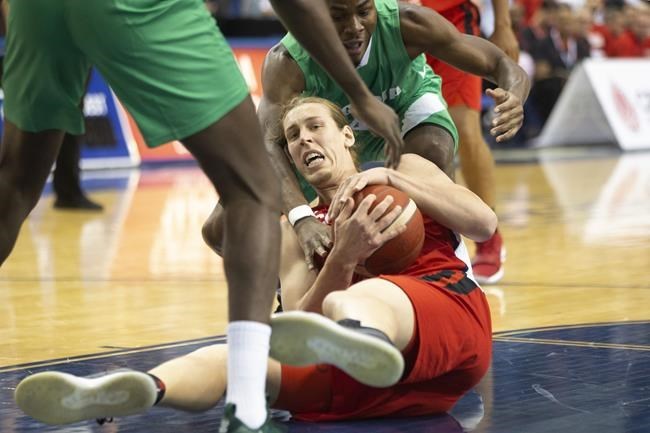 Forward Kelly Olynyk will reportedly be unable to compete for Canada at the upcoming FIBA World Cup.

Several media reports say that Olynyk will be sidelined by a knee injury he sustained last week.

The 28-year-old Olynyk was originally expected to miss just one week after slipping on a wet spot in the third quarter of Canada's 96-87 exhibition win over Nigeria on Aug. 7.

It was Canada's first game in its final push to next month's FIBA World Cup.

With Olynyk out, guard Cory Joseph and centre Khem Birch are the only NBAers who will suit up for Canada at the World Cup.

Olynyk is expected to be ready to play for the Miami Heat by the start of the NBA season.

He averaged 10 points, 1.8 assists and 4.7 rebounds per game last season for Miami.

Canada will play host Australia in two exhibitions on Friday and Saturday and New Zealand twice (Aug. 20-21). They wrap up their exhibition schedule Aug. 26 versus the United States before flying to China for the World Cup.

The Canadians tip off the World Cup on Sept. 1 versus Australia in Dongguan, China, and with a top-eight showing would play right up until Sept. 14 or 15 — a couple of weeks before NBA teams open training camps.

The World Cup has huge ramifications for the national program, as the top seven finishers qualify for the 2020 Tokyo Olympics. Teams who don't qualify are relegated to last-chance qualifying tournaments next summer.