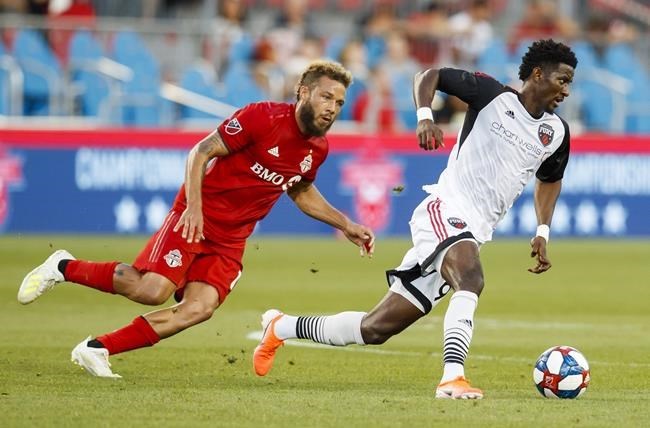 The Ottawa Fury have suspended operations, saying they have not been able to obtain required sanctioning from governing bodies to continue play in the American-based United Soccer League.

"How could this team be suspending operations? Politics, of course," said team president John Pugh of the Ottawa Sports and Entertainment Group (OSEG), which owns the franchise.

"We needed to be sanctioned and that did not come. They knew our deadlines. They knew the deadlines we had been given by our league."

The move continues a turbulent stretch for Ottawa sports.

OSEG, which also owns the CFL's Redblacks and Ontario Hockey League's 67's, parted ways with Redblacks coach Rick Campbell earlier this week after that team finished last in the league.

The NHL's Ottawa Senators sit near the bottom of the league standings and have endured numerous on- and off-ice controversies in recent years and minor-league baseball's Ottawa Champions currently aren't part of any league.

The Fury say they submitted a multi-year sanctioning application to Canada Soccer in April. That request was rejected, but the club says it received confirmation of a one-year sanction for 2020.

However, the Fury say US Soccer and CONCACAF, which governs the sport in North and Central America and the Caribbean, had not provided sanctioning prior to a Nov. 1 deadline for the Fury to be included in the 2020 USL schedule.

CONCACAF had pointed words for the Fury in a statement.

"We are disappointed and surprised by Ottawa Fury's statement," CONCACAF wrote. "There is a clearly defined process outlined in CONCACAF and FIFA rules for sanctioning clubs to compete in leagues in foreign territories.

"We have recently been working through an incomplete application for Ottawa Fury to compete in the United Soccer League in 2020. We will not comment on the details of that application, and given today’s announcement we now consider the matter closed."

Canada Soccer, in a statement, said it is "extremely disappointed" the Fury are suspending operations. The group said it was working with CONCACAF and US Soccer as recently as Thursday to facilitate a decision being made by the other two governing bodies.

OSEG started its men's pro team in 2014 in the North American Soccer League and joined the USL in 2017.

The Fury faced a battle late last year to get sanctioned by CONCACAF to play in the USL in 2019.

CONCACAF had balked at giving the Ottawa club the green light to continue play in the U.S. league when a Canadian alternative — the new Canadian Premier League — was set to start earlier this year.

CONCACAF changed its tune after the Fury went to the Court of Arbitration for Sport for help.

Ottawa had been widely expected to be the CPL's eighth team. But the Fury, while saying it supported the idea of a Canadian league, said last September they planned to stick with the tried-and-tested USL at least for the 2019 season.

OSEG president/CEO Mark Goudie said he saw the Fury potentially joining the CPL some day, but wanted it to be on their own terms. He said having the right to choose what league they played in was important.

When the team signed its USL franchise agreement, there was an out clause to join the CPL, with the club needing to give a year of notice. That means if the team wanted to join the CPL for 2020, the Fury would have had to make the call before the Canadian league came into existence.

"We have always and continue to applaud their investment in professional soccer in Ottawa," the CPL said of OSEG in a statement. "We have had multiple discussions with Ottawa Fury ownership (OSEG) in the past and we remain open to further discussions."

Up until recently, Goudie said he thought the team was in "OK shape" to get sanctioning for 2020.

"If they did not want us to play in the USL, I wish they had the courage to stand up and say that versus drag their feet," Goudie said.

"The club is defined by its fans. I am sorry," said Pugh. "This never needed to have happened."

Longtime Fury player Carl Haworth said, through tears, his first thought went to the kids who had supported the team.

"You see it a lot in lower-level sports where a team is forced to fold but it's down to financial constraints. That wasn't at play here," he said. "It would probably have been easier to take if that was the case."

Goudie said the team did not make money this season, but didn't specify how much the Fury lost.

The biggest impact on Ottawa with the Fury ceasing operations, he said, is on OSEG's credibility after investing $15 million in soccer since 2014.

"We made a commitment to Ottawa to have three strong franchises operating in Ottawa," Goudie said, "and we're not going to be able to fulfil that with soccer."

This report by The Canadian Press was first published Nov. 8, 2019.

Canucks use 4-1 win over Sharks to move into first place in Pacific Division
Jan 19, 2020 2:53 AM
Saturday's Games
Jan 19, 2020 2:10 AM
Pearson has goal and assist as Canucks outshoot Sharks 38-17 in 4-1 win
Jan 19, 2020 12:59 AM
Comments
We welcome your feedback and encourage you to share your thoughts on this story. We ask that you be respectful of others and their points of view, refrain from personal attacks and stay on topic. To learn about our commenting policies and how we moderate, please read our Community Guidelines.