TORONTO — Canadian freestyle skier Dara Howell wasn't ready for the whirlwind that followed her slopestyle victory at the 2014 Sochi Games. An Olympic champion at 19, she struggled with the spotlight and eventually pulled away from the sport.
0
Oct 25, 2017 4:02 PM By: Canadian Press 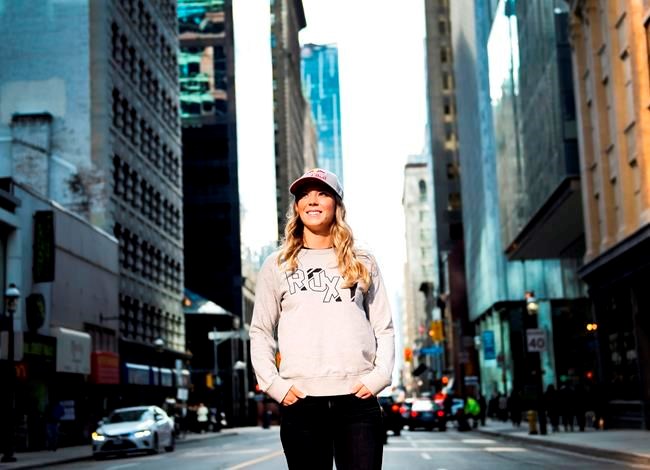 TORONTO — Canadian freestyle skier Dara Howell wasn't ready for the whirlwind that followed her slopestyle victory at the 2014 Sochi Games.

An Olympic champion at 19, she struggled with the spotlight and eventually pulled away from the sport.

"I hid from all of it because I didn't know how to handle it," she said Wednesday.

There was no single incident that caused her to lose focus. Howell just knew that she wasn't motivated to perform and took a break for the better part of two seasons.

"I was so overwhelmed," she said. "I didn't handle things very well. I felt the pressure of having to make other people happy ... I don't really know (the reason) to be honest."

During her time away, Howell tried to spend as much time as possible with friends and family in her hometown of Huntsville, Ont. She started meeting with a sports psychologist last year and began to ramp things up again while working with new coaches.

Eventually she began to feel like her old self on the slopes.

"Maybe I'm delusional for thinking it, but post-Olympics I really went under the radar, so I feel like I'm coming back under the radar a little bit," she said. "I feel I'm right where I want to be."

Slopestyle made its Olympic debut at the Sochi Games. Athletes try to wow judges with tricks and moves off jumps and rails while maintaining a high level of difficulty, style and execution.

Howell surged up the World Cup standings in 2012-13 and won a silver medal at the 2013 world championship.

"Going into Sochi, I had lots of third-place (finishes), a couple seconds, mostly thirds, one World Cup win, and then bam — Olympic gold," she said. "I had no idea what to expect. I was only 19. It was crazy, so crazy. I'm super thankful for all of it but it was crazy."

The media requests and interviews kept her busy for weeks. Howell admits she was also overwhelmed at the large turnout when she was feted in her hometown.

Before the victory, her results would generate occasional mentions near the back of the sports section. Reaching the top of the Olympic podium put her on the front page of newspapers across the country.

"I don't think I've ever really appreciated my gold medal as much as I do right now," she said. "I don't want that to come across in a bad way at all, but it never hit me until maybe a year ago when I started to really work hard again. I started to appreciate how hard I had worked up to the Games. (For) a little bit post-Olympics, I never really felt like I deserved the medal. I thought that maybe it was just out of luck that I got it.

"I felt kind of ashamed in a way when people would be like, 'We're so proud of you, congratulations.' And I was just like, 'Thank you,' but I just didn't know how to handle it."

The results weren't great when Howell returned last season, but podium appearances weren't a top priority. Her main goal was to get back into a rhythm — mentally and physically — and build up again ahead of the Olympic campaign.

"I've never felt better," she said over coffee during a stop on a media tour. "I'm in probably the best shape that I've ever been in. I feel strong, I'm happy."

Howell is also focusing more on her own feelings rather than trying to please others.

Howell's next goal is to make some podium appearances at upcoming World Cup events. Her first opportunity will come at a Nov. 24-26 competition in Stubai, Austria.

Canada's freestyle team for the Olympics will likely be named in late January. The Pyeongchang Games are set for Feb. 9-25.

"I think already doing one (Games) and hopefully going back for another one, it'll just be even better," Howell said. "I think I'll appreciate it way more. I worked hard at the last Games but I'm working even harder for these Games.

"Just being really grateful for all of it. What a cool experience."

Jack Hughes secures shootout win, Devils edge Senators 4-3
Jan 27, 2020 11:37 PM
Comments
We welcome your feedback and encourage you to share your thoughts on this story. We ask that you be respectful of others and their points of view, refrain from personal attacks and stay on topic. To learn about our commenting policies and how we moderate, please read our Community Guidelines.