PYEONGCHANG, Korea, Republic Of — On a day when Canada didn't figure into the medals at the 2018 Pyeongchang Winter Games, a curling controversy took centre stage instead.
Feb 16, 2018 11:03 AM By: Canadian Press 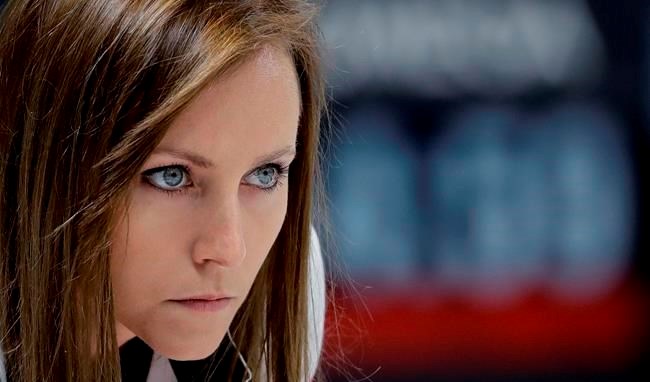 PYEONGCHANG, Korea, Republic Of — On a day when Canada didn't figure into the medals at the 2018 Pyeongchang Winter Games, a curling controversy took centre stage instead.

Rachel Homan and her Ottawa rink dropped to 0-3 in the women's curling tournament with a 9-8 extra-end loss to Denmark on Friday. That alone is a troubling start for a team heavily favoured to win gold at these Games. But Homan, who uncharacteristically missed on two key shots, also had her sense of sportsmanship come into question. She was criticized on social media by some curling fans by ordering a "burned" Danish rock removed in the fifth end.

A burned rock is one that is touched by a curler while in play. The opposing team then has three choices: They can ignore the foul, rearrange the stones to whatever position they think they would have ended up if the stone hadn't been touched, or remove the stone from play.

Curlers often ignore the foul, but Homan's decision had some criticizing the move as unsportsmanlike.

"There are options, but we've burnt rocks in the past at a national championships and they've come off," Homan said in her defence. "Burning a rock is not something that you can do. It's just the rules, I guess."

The move originally paid off, as Canada scored four in the fifth end to take a 6-4 lead. But Denmark got the last laugh, scoring two in the 10th to force and extra end and stealing the winning point in the 11th when Homan wrecked her last shot on a guard.

Also Friday, Calgary's Kevin Koe improved to 4-0 in men's curling competition with a 7-6 win over South Korea. In figure skating, Toronto's Patrick Chan fell on a triple Axel and sat sixth after the men's short program. Ottawa speedskater Ivanie Blondin was fifth in the women's 5,000 metres, and cross-country skier Alex Harvey of Saint-Ferreol-les-Neiges, Que., was seventh in the men's 15-kilometre free.

Homan will need to turn things around quickly to add to that medal total. Canada is the only women's team without a win at the Olympic curling tournament.

Still, a couple of consecutive wins should quiet any anxiety. Brad Jacobs started 1-2 at the 2014 Sochi Games before his rink from Sault Ste. Marie, Ont., won gold.

Homan and teammates Emma Miskew, Joanne Courtney and Lisa Weagle do have experience in big events on their side. They are the defending Canadian and world champions and came out of a tough field to win the right to represent Canada in December's Olympic curling trials.

"Teams qualify with three losses all the time, so we've just got to keep going," Homan said.

Homan takes on the United States on Saturday.

In men's curling action, Koe scored three in the third end to improve his Calgary-based rink to 4-0 and atop the men's round-robin standings.

The Canadians had a deuce in the seventh end, but gave up a deuce of their own in the ninth. Korea stole a single in the 10th end but it wasn't enough.

Koe and company return to the ice on Saturday with a draw against Sweden, which is also undefeated at 4-0.

Skating to "Dust in the Wind" by Kansas, the 27-year-old Chan opened with a huge quadruple toe loop, but the fall of his Axel cost him huge points.

"Yeah, I do, I do (hate the triple Axel)," said Chan, who's competing in his final Olympics. "I've been blessed with good skating skills but not good triple Axel skills."

Keegan Messing of Sherwood Park, Alta., was 10th after the short program with 85.11 points.

Chan helped Canada win gold in the team event earlier in the Games, finally reaching the top step of the Olympic podium.

In the women's 5,000, Blondin was in a bronze medal position with one pair left to go, but was bumped down to fifth when Martina Sablikova of the Czech Republic, a two-time Olympic champion in the distance, and Russian Natalia Voronina earned silver and bronze respectively.

No one could catch Esmee Visser, who won a sixth speedskating gold medal for the dominant Netherlands.

Pushing for a medal, an exhausted Blondin even clipped her own skate to cause a momentary stumble down the home stretch.

"Once I'm crossing the line it's almost as if my body's numb," she said. "There's so much lactic acid ... you can't even think straight. I don't even know what I was thinking at the end of that race.

"It's an odd feeling, for sure. It almost feels like you're about to be put under for surgery."

Canadian snowboarder Meryeta O'Dine was forced to withdraw from Friday's snowboardcross event after suffering a concussion in training earlier this week.

The Prince George, B.C., racer said she was disappointed but the decision was made for her health.

"As an athlete, you always want to push your limits, but it's important to stop when you have to," she said in a statement. "I am proud to have travelled here."

Dustin Cook of Lac-Sainte-Marie, Que., was the top Canadian in the men's alpine super-G with a ninth-place time of one minute 25.23 seconds. Matthias Mayer of Austria won the race.

Harvey was in a medal position midway through the men's 15k, but admitted he didn't have the acceleration to reach the podium.

"It was going well. I didn't break, but when it's a super day, you accelerate near the end," he said. "Me, I just stayed at the same rhythm and there were some that accelerated.

"I wasn't able to accelerate at the finish like I had to do to get on the podium."

In women's skeleton, Calgary's Elisabeth Vathje was fastest in the second run at 52.01 seconds. That brought her up to eighth place after she finished a disappointing 12th in the first run.