Northlands Coliseum, the house Gretzky built in Edmonton, is closing its doors 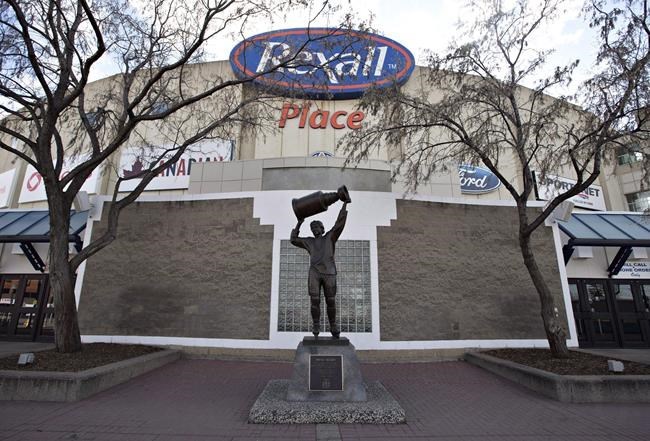 EDMONTON — The house that Gretzky built is closing its doors.

Councillors say it's the best decision for the facility, which lost its prime tenant, the NHL's Edmonton Oilers, when the team moved to the new downtown Rogers Place last year.

Rogers Place had been taking the lion's share of bookings for sports and entertainment events.

"It's just not cost effective (to run the Coliseum)," Mayor Don Iveson said.

"It was unsustainable sooner rather than later, and so the decision to close it is really something that was coming inevitably."

The circular, concrete Coliseum, located in the city's north end, was the site of the great Oiler teams of the 1980s and played host to some of the signature scoring moments of one of the NHL's greatest players, Wayne Gretzky.

It opened in November 1974 for the Oilers when the team was in the World Hockey Association.

The high point came a decade later, on May 19, 1984, when Dave Lumley fired the puck into an empty net to seal the Oilers' win over the New York Islanders for Edmonton's first Stanley Cup.

History was made on other occasions after the Oilers, and three other WHA teams, joined the NHL in 1979.

On Dec. 14, 1979, the Oilers defeated Guy Lafleur and the visiting Montreal Canadiens 5-3 — the first team ever to beat Les Glorieux on its first try.

On April 11, 1981, they knocked the storied Habs out of the playoffs in three straight, clinching the sweep at home.

On Jan. 26, 1979, Gretzky celebrated his 18th birthday at centre ice of the Coliseum, surrounded by his family beside a cake shaped like his 99 jersey number, and signed a 21-year personal services contract with then-Oilers owner Peter Pocklington.

Less than a decade later, Pocklington traded Gretzky to the Los Angeles Kings.

The Coliseum had other identities in the era of corporate sports nomenclature: Skyreach Centre and finally Rexall Place.

The city says it will now explore options to redevelop the site.

— With files from CHED

Note to readers: This is a corrected story. A previous version said Monday.

Canadian Premier League looking to resume play in Prince Edward Island
May 28, 2020 4:42 PM
Harness drivers back to work with qualifying races at Woodbine Mohawk Park
May 28, 2020 4:32 PM
Tam: NHL proposal being 'reviewed,' mandatory quarantine remains in place
May 28, 2020 4:29 PM
Comments
We welcome your feedback and encourage you to share your thoughts. We ask that you be respectful of others and their points of view, refrain from personal attacks and stay on topic. To learn about our commenting policies and how we moderate, please read our Community Guidelines.