Kelly Hrudey autobiography looks back at a lifetime of hockey relationships

TORONTO — Kelly Hrudey learned a lot in his 15 years in the NHL, from the likes of Al Arbour, Denis Potvin and Wayne Gretzky. Now a successful TV analyst, the former goaltender also credits Patrick Marleau for a big lift late in his career.
0
Oct 25, 2017 1:40 PM By: Canadian Press 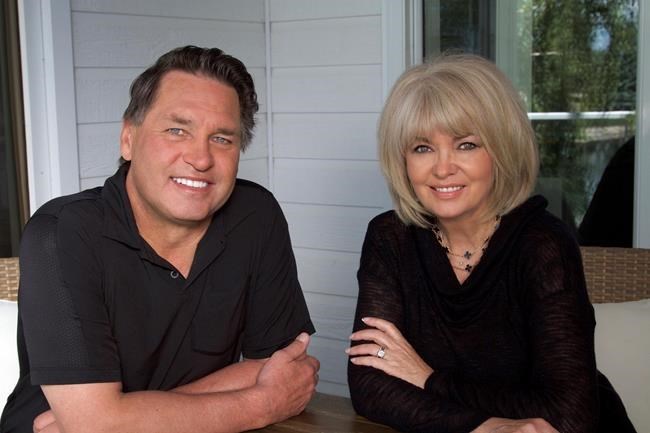 TORONTO — Kelly Hrudey learned a lot in his 15 years in the NHL, from the likes of Al Arbour, Denis Potvin and Wayne Gretzky.

Now a successful TV analyst, the former goaltender also credits Patrick Marleau for a big lift late in his career. In 1997, in his final training camp with San Jose, a 36-year-old Hrudey and his family took in the 17-year-old rookie.

Hrudey, who sensed this was his last year, wanted to ease Marleau's path. So he set him up in his guest house.

"I didn't know if he was going to make the team, but I wanted to make sure that he went the right way," Hrudey writes in his new autobiography "Calling the Shots."

Marleau got the message. Now 38 and a member of the Toronto Maple Leafs, he played in game No. 1,500 earlier this month.

Hrudey says taking in Marleau was one of the best experiences in his final year of hockey.

"Because my skills were diminishing rapidly. It was really hard for me to keep up and play the game," Hrudey said in an interview. "But the decision we made to bring Patrick into our family really sort of energized me to a certain degree, because he was so excited to be around the game."

Hrudey, wife Donna and Patrick would stay up late after home games, munching on sandwiches and sharing stories.

Twenty years later, Hrudey still gets emotional talking about it.

"It really put a perfect topping on my career, that that's how I went out. (I) made a new friend, a lifelong friend."

The Hrudey family didn't charge Marleau rent. Instead they asked him to do the same to another youngster down the line. Marleau was true to his word, subsequently taking rookie Steve Bernier into his home.

The bond with Marleau is just one of many hockey relationships Hrudey details in his autobiography, which is subtitled "Ups, Downs & Rebounds — My Life in the Great Game of Hockey."

Like Hrudey on TV, the book is entertaining and easy to digest.

After a junior career in Medicine Hat and two seasons in the minors in Indianapolis, the young goalie joined the New York Islanders in the wake of their fourth straight Stanley Cup.

"I couldn't believe the greatness I was surrounded by ... Nothing less than a win was acceptable," said Hrudey.

Arbour was old-school — he wouldn't let Hrudey be at Donna's side for the birth of their first child because he was down to play. Still, Hrudey saw Arbour as a second father.

"And I had the best dad ever, and mom also," he said. "Even though (Arbour) could be hard on you at times, every night I put my head on the pillow I knew that he cared about me. And you can't say that about every coach you've ever had."

One of Arbour's secrets, says Hrudey, was "he knew that we were all different, so he treated us all differently."

It was on Long Island that Hrudey adopted his trademark blue headband to keep the sweat out of his eyes, Unable to find one sufficiently absorbent, he experimented until he tore up an extra undershirt and made one himself.

He still gets asked about the headband, which he said he hated by the end of his career. His family talked him out of tossing it aside, arguing fans expected it.

When he retired after 677 regular-season games, he "stupidly" threw most of them away. He only has a handful left.

"I wished I would have saved those now, because it turned out to be something more important than I realized at the time."

Traded to Los Angeles, Hrudey found himself rubbing shoulders with Gretzky and a slew of Hollywood stars. To this day, he takes pride in how the Kings helped grow hockey in California.

In the book, Gretzky comes as advertised on the ice and plenty wise off it.

Hrudey writes how Gretzky, frustrated by the lack of salary disclosure in the league in his Edmonton days, wrote to Bossy and Trottier — said to be the highest-paid players in the league — offering them $25,000 each to see their contracts.

They turned down the money but gave him what he wanted, saying: "You deserve whatever you get."

"That's Wayne — he kind of floats in the background for a lot of us," Hrudey writes. "He always had our backs."

Not everyone gets a bouquet. Hrudey, while clearly the kind of person who searches for something good in everyone, was left cold by the negative coaching approaches of Larry Robinson and Darryl Sutter.

Writing the book was rewarding but also emotional, according to Hrudey who credits co-author Kirstie McLellan Day — who worked on previous books with Gretzky, Theo Fleury, Bob Probert and Ron MacLean — for helping unearth some memories "that most likely I wouldn't have ever shared."

That includes a crisis in confidence that peaked in 1992 in his hotel room at a neutral-site game in Milwaukee. It was a dark night Hrudey says his wife didn't even know about.

"I don't know what I was actually going through. I just know that I thought my career was coming to a screeching halt."

Kings coach Barry Melrose and assistant coach Cap Raeder were there for Hrudey, with Melrose bringing in motivational guru Tony Robbins to help dig him out of the hole.

"Calling the Shots. Ups, Downs & Rebounds — My Life in the Great Game of Hockey." By Kelly Hrudey, with Kirstie McLellan Day. HarperCollins, 301 pages, $32.99.

Kobe helicopter tried to climb to avoid clouds before crash
Jan 27, 2020 11:51 PM
Comments
We welcome your feedback and encourage you to share your thoughts on this story. We ask that you be respectful of others and their points of view, refrain from personal attacks and stay on topic. To learn about our commenting policies and how we moderate, please read our Community Guidelines.