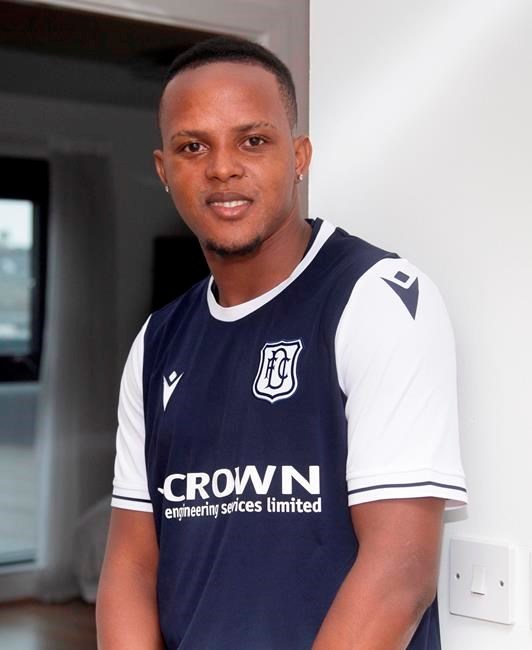 Hamilton joined the CPL side in February but missed out on the recent Island Games because of a delay in securing his work permit and quarantine restrictions due to the pandemic.

The 24-year-old will be with the Scottish second-tier side through June 2021, returning to Canada in July.

"We are delighted to have secured this loan for Nicholas. After the pandemic prevented him from being part of our squad for The Island Games, it was critical we found a way to continue his development, " York 9 managing consultant Angus McNab said in a statement.

"I felt that a loan until the end of the Scottish season was much better with the long- term in mind and Dundee has been fantastic to partner with."

Hamilton, who came to York from Jamaica's Cavalier Soccer Club, is now in Scotland finishing out his quarantine.

This report by The Canadian Press was first published Sept. 28, 2020.

Hamilton takes Portuguese GP pole position ahead of Bottas
Oct 24, 2020 12:11 PM
Comments
We welcome your feedback and encourage you to share your thoughts. We ask that you be respectful of others and their points of view, refrain from personal attacks and stay on topic. To learn about our commenting policies and how we moderate, please read our Community Guidelines.