When interviewing with the Jacksonville Jaguars, Scott Milanovich was asked why he'd want to give up the Toronto Argonauts' head-coaching job to become the NFL club's quarterback coach. The answer was simple: To win a Super Bowl.
Jan 17, 2018 7:49 PM By: Canadian Press 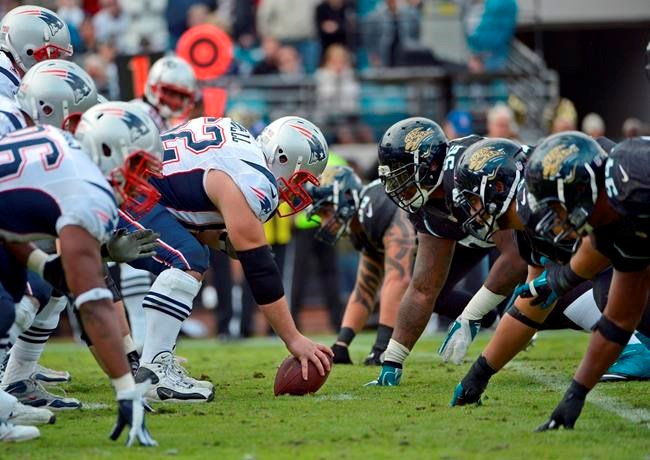 When interviewing with the Jacksonville Jaguars, Scott Milanovich was asked why he'd want to give up the Toronto Argonauts' head-coaching job to become the NFL club's quarterback coach.

The answer was simple: To win a Super Bowl.

Milanovich and the upstart Jaguars find themselves one win away from the NFL title game. On Sunday, they visit the five-time champion New England Patriots in the AFC championship game.

"I always knew I wanted to be a coach and that (winning Super Bowl) is something I've always dreamed of," Milanovich said during a telephone interview this week. "Hopefully it can happen in a few weeks but there's still plenty to do."

New England is an 8.5-point favourite despite Jacksonville's 45-42 divisional round shootout win over Pittsburgh last weekend. Then again, the Steelers were seven-point favourites despite having lost 30-9 to the Jaguars in October.

"You kind of (let yourself think about being close to Super Bowl) but not really," Milanovich said. "You get it . . . but you're in such a grind the whole time, it's just one step after another.

"You go to Pittsburgh, beat them, come back and then you've got Tom Brady so you don't really have much time to think about it. But you can feel it around this city."

Barker hired Milanovich in December 2011 and gave the Butler, Pa., native his first CFL head-coaching job. Milanovich was the CFL's coach of the year in 2012 after leading the Argos to a Grey Cup win but they missed the playoffs in 2016, finishing last in the East Division with a 5-13 record.

"There was uncertainty there with regards to the GM and a lot of things," Milanovich said. "This was a very good job and while my daughters might argue, it wasn't a major move for the family.

"I just felt like when the call came . . . it was time to give this a shot. It was almost like the perfect storm, I guess."

That's because Milanovich was hired despite knowing only player-personnel director Chris Polian within the Jaguars  organization. Even then, Milanovich met Polian while he was the Indianapolis Colts GM (2009-11).

Despite those changes, Jacksonville returns to the AFC championship for the first tine since '99 when Coughlin was head coach.

Milanovich said his departure from Toronto, where he compiled a 43-47 record, was very amicable and he remains good friends with many people still with the organization and across the CFL. He followed both his former club and league when he could this year, texting Argos president Michael Copeland before the team's stunning 27-24 Grey Cup victory over the Calgary Stampeders.

"I had a great time there and am very thankful for opportunity I was given," Milanovich said. "Sometimes things can get sticky and I'm glad it worked out for everybody."

Toronto hired Jim Popp as GM and Marc Trestman as head coach — Milanovich worked with both as part of Trestman's coaching staff in Montreal, winning two Grey Cups there. With Trestman and veteran quarterback Ricky Ray leading the way, the Argos claimed their first  CFL championship since '12.

Ray, 38, enjoyed a resurgence under Trestman. Limited to just 12 games over two injury-plagued campaigns, Ray made 17 starts and registered his first 5,000-yard passing season since '08 in leading Toronto (9-9) atop the East Division and being named the conference MVP.

"I'm so happy for Ricky," Milanovich said. "The only question I had about Ricky was he'd had such a hard time staying healthy the last several years.

"Ricky Ray is as accurate a quarterback as there is at any level. It was great to see him get that record."

It's also been a rejuvenation this season for Jacksonville's Blake Bortles. Once ranked among the NFL's worst quarterbacks, the 2014 third overall pick elevated his game dramatically this year, registering career bests in fewest interceptions (13) and passing percentage (60.2 ).

With an improved Bortles under centre, the NFL's best rushing attack and second-ranked defence, Jacksonville won the AFC South with a 10-6 record after finishing 3-13 last year. Instead of having to carry the Jaguars, Bortles' responsibility has been executing the gameplan and playing smart.

"Running the ball on first and second down simplifies to some degree what you're going to see and get regarding matchups," Milanovich said. "If they're going to load up the box against you, that means there's less people in the secondary to defend.

"To me, it really simplifies what you're able to do as far as taking shots down the field, being aggressive and able to get one-on-ones. Blake's good at play action, he's a good ball faker, he's good under centre so all of those things really fit into his skillset right now."

"Blake has been great, he's very coachable," Milanovich said. "But listen, I'm not taking credit for him.

"Before I even got to work with him he spent a lot of time in California working on his release and it looked nothing like it did when I watched film or saw him for the first time. He deserves much of the credit for working hard and making a more efficient release."

"When you're the head coach you still have relationships but it's not the same as being in the room with the guys every day and coaching them positionally. To get back to the fundamentals of playing the position I love and just coaching that position, I really enjoy it."

Note to readers: This is a corrected version of an earlier story. Jacksonville won the AFC South, not the AFC West as previously stated.

Belichick captures Breeders' Stakes to deny stablemate Mighty Heart the Triple Crown
Oct 24, 2020 9:41 PM
Comments
We welcome your feedback and encourage you to share your thoughts. We ask that you be respectful of others and their points of view, refrain from personal attacks and stay on topic. To learn about our commenting policies and how we moderate, please read our Community Guidelines.