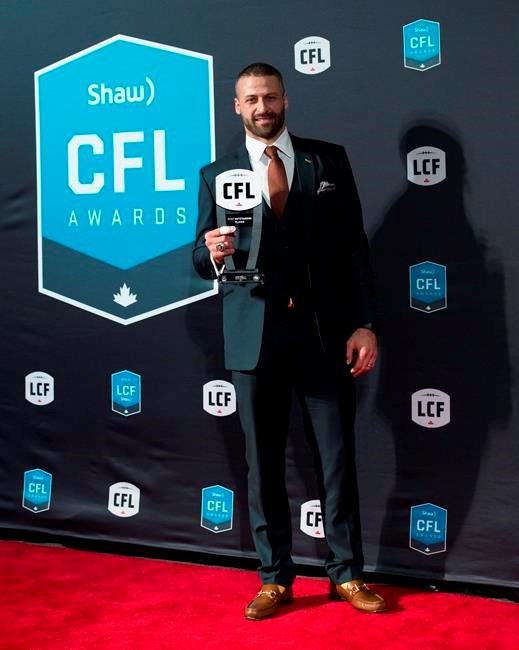 Reilly, 32, started all 18 regular-season games and led Edmonton (12-6) to third spot in the West Division standings despite a plethora of injuries.

The six-foot-three, 230-pound Reilly led the CFL in passing (5,830 yards) and tied Ottawa's Trevor Harris for the league lead in TD passes (30). He also ran for 12 TDs and had 39 completions of 30-plus yards, both league-best marks.

Ray, 38, enjoyed a resurgence this year with Toronto, starting 17 regular-season games after appearing in just 12 the past two seasons due to various injuries.

Ray finished second to Reilly in passing yards (5,546), his first 5,000-yard season since '08 and fourth of his career. Ray joins Hall of Famers Anthony Calvillo and Doug Flutie as the only players to reach that plateau four or more times.