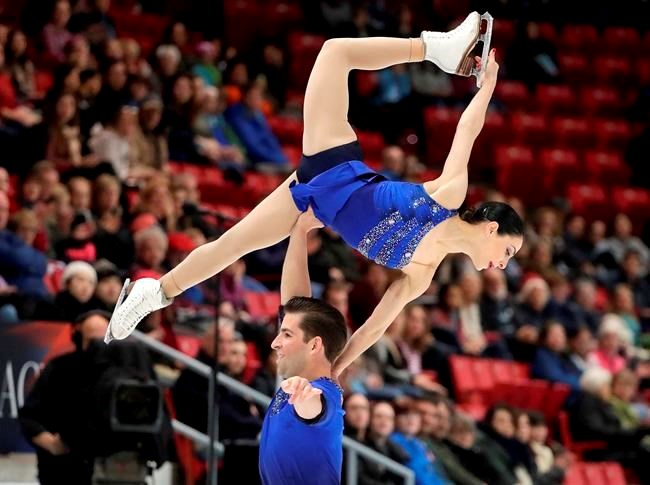 Duhamel from Lively, Ont., and Radford from Balmertown, Ont., scored 75.37, beating China's Xiaoyu Yu and Hao Zhang at 73.67. Germany's Aliona Savchenko and Bruno Massot were third at 72.55 despite Massot's fall on a triple salchow. The pairs free skate is Saturday, and the Grand Prix Final is Dec. 7-10 in Nagoya, Japan.

Duhamel and Radford won the Grand Prix Final in 2014-15, finished second the next year, and third last year. The pair is ranked second in the world.

Massot was competing for the first time since passing his German citizenship test. The French-born skater got the news Thursday, clearing the way for him to compete at the Olympics in Pyeongchang. He was held out of the Sochi Games because his partner failed to gain French citizenship in time.