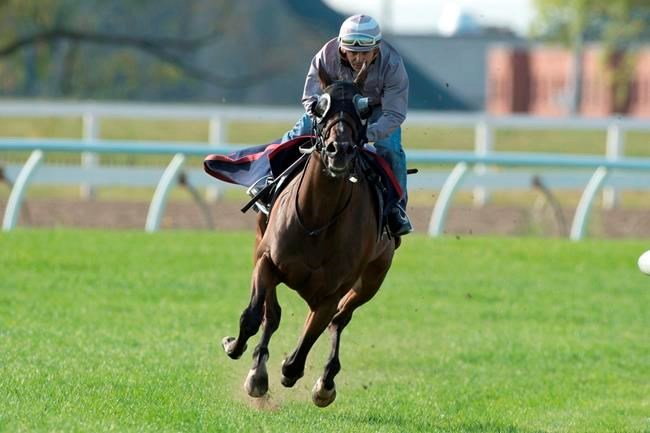 Charles Lopresti won this race from 2011-13, the last two with Wise Dan, who went on to be named American racing's top horse both years. Wise Dan's jockey was John Velazquez, who rides World Approval on Saturday.

World Appoval won the Grade 1 Fourstardave Handicap over a mile on a yielding turf at Saratoga on Aug. 12. It was the gelding's ninth win in 22 career starts and pushed his earnings past $1.4 million.

"I thought his last race was probably the best race he's ever run," Casse said. "He seems to be getting better and better.

"And it was his first time in a long time (that) we cut him back to a mile, which he seemed to really like."

But World Approval face a challenge in securing Casse a second Mile victory. On Wednesday, he drew the No. 1 post in the 12-horse field.

Conquest Panthera, with veteran Woodbine jockey Patrick Husbands aboard, will break from the No. 7 post. The five-year-old gelding has finished in the money in five of six starts this season — two wins, three third-place finishes — and has made four visits to the winner's circle in his 10 career starts.

"He's a horse that we always thought highly of," Casse said. "He's had a lot of different little issues along the way starting when he was a two-year-old, and it's just taken us a while to get him on track and to get where we can get him in a regular schedule.

"I thought his last years was good and his next race should be even better."

Trainer Aiden O'Brien will also have two horses in the race. Deauville, a four-year-old Irish-bred, is the early 5/2 favourite and will break from the No. 6 post while Lancaster Bomber, the 9/2 third choice, goes from the No. 10 post.

It's definitely an international field with five European-based horses, including Mondialiste, the '15 Mile champion. Tower of Texas, Glenville Gardens, Dragon Bay and Best Bard will all carry Canada's colours with the race winner securing an automatic berth in this year's Breeders' Cup Mile.

Deauville is coming off a second-straight third-place effort in the 1 1/4-mile Arlington Million, a Grade 1 race, on Aug. 12. He's made three starts over a mile but they've all been on straightaway courses whereas Woodbine's E.P. Taylor circuit will offer one turn.

"This course should suit him better because it's more of a galloping course," said T.J. Comerford, O'Brien's assistant. "He's running well, he's in good order.

"He just got run over in the Arlington Million. Maybe a mile suits him."

Lancaster Bomber has a second-place finish in five starts this season and has just one win in 11 career races.

Tower of Texas was second in last year's race, a half-length behind Tepin, at 23-1 odds. The six-year-old has been in the money 17 times — five wins, second eight times, third four times — in 23 career races with earnings over $915,000.

Roger Attfield has been named Canada's top trainer eight times and conditioned six horses of the year. But a Woodbine Mile win has eluded him in 10 career starts.

"He (Tower of Texas) has had issues every single year of his life and he comes back the next year," Attfield said. "He's a competitor and he gives you his best.

"When you have a racehorse that does that, that's all you can ask of him."

Canadian Premier League looking to resume play in Prince Edward Island
May 28, 2020 4:42 PM
Comments
We welcome your feedback and encourage you to share your thoughts. We ask that you be respectful of others and their points of view, refrain from personal attacks and stay on topic. To learn about our commenting policies and how we moderate, please read our Community Guidelines.