TORONTO — Six influential Canadians from the circles of sports, entertainment and culture will be added to Canada's Walk of Fame next month.
0
Oct 25, 2017 3:51 PM By: Canadian Press 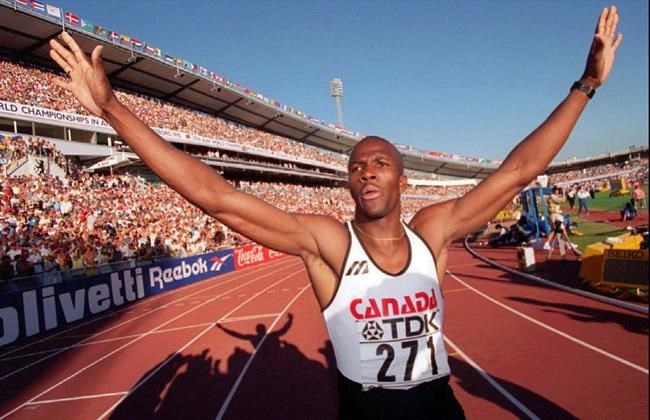 TORONTO — Six influential Canadians from the circles of sports, entertainment and culture will be added to Canada's Walk of Fame next month.

Olympic gold medallist Donovan Bailey, Oscar-winning actress Anna Paquin and civil rights pioneer Viola Desmond, are among the diverse selection of people who will be inducted at the annual awards gala in Toronto on Nov. 15.

Half of this year's honourees are posthumous recognitions as the organization's incoming CEO Jeffrey Latimer attempts to draw equal attention to Canadians outside the entertainment and sports worlds.

Desmond, who died in 1965, emerged as a figure who challenged racial segregation in Nova Scotia during the 1940s after being jailed for sitting in the whites-only section of a movie theatre. She fought the charges in court, and after losing various proceedings, closed her business and left the province. Desmond is often credited as Canada's Rosa Parks, even though her trial pre-dated Parks' 1955 challenge of bus segregation in Montgomery, Ala.

In 2010, Desmond was given a posthumous pardon and an apology from the Nova Scotia government. More recently, she was featured in both a Heritage Minute and chosen to grace the new $10 bill. She is only the second honouree to be recognized specifically for her social justice work, after Supreme Court justice Louise Arbour was inducted in 2014.

Connors, who died of kidney failure in 2013, is hailed as a writer of Canada's cultural songbook with staples like "Bud the Spud," "The Hockey Song" and "Sudbury Saturday Night."

Rogers, the late president and CEO of Rogers Communications Inc. who died in 2008, is considered a seminal figure in Canada's broadcasting landscape. His upstart company stepped into the cable industry in 1967 and in the decades that followed became a dominant player in TV, radio and publishing.

Bailey is a two-time Olymipic gold medallist and three-time world champion sprinter who once held the 100-metre world record.

Actress Paquin is the youngest Canadian to win an Academy Award, capturing the honour for her role in the 1993 film "The Piano." She has gone onto play Rogue in the "X-Men" movie franchise and Sookie in HBO's "True Blood."

Suzuki, who holds a PhD in zoology, rose to international fame with his CBC-TV program "The Nature of Things," which has aired around the world. He's also an outspoken activist for numerous causes, including his own David Suzuki Foundation which encourages living in a sustainable environment.

This year's Canada's Walk of Fame additions bring the number of inductees to 173. The ceremony will be broadcast in a one-hour TV special on Dec. 3. Eric McCormack, star of "Will & Grace" star and a former inductee, will host the festivities.

Canadian Laurent Duvernay-Tardif didn't need long to get into Super Bowl mode
Jan 21, 2020 9:24 PM
Comments
We welcome your feedback and encourage you to share your thoughts on this story. We ask that you be respectful of others and their points of view, refrain from personal attacks and stay on topic. To learn about our commenting policies and how we moderate, please read our Community Guidelines.