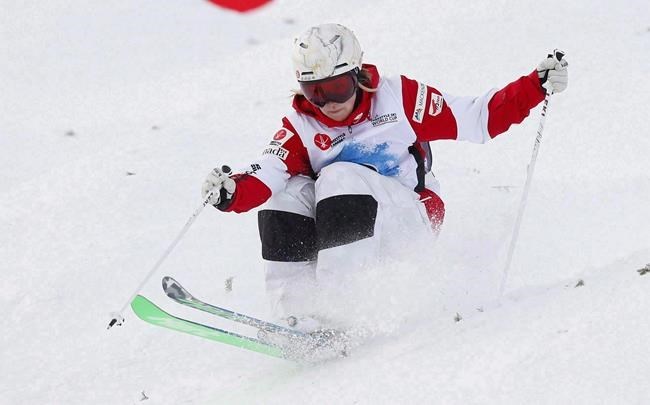 Kingsbury, of Deux-Montagnes, Que., was first at the Thaiwoo Ski Resort in China with 85.94 points, boosting his overall World Cup medal total to 45.

Dmitriy Reikherd of Kazakhstan was second with 84.92 while Australia's Matt Graham was third at 82.96.

Kingsbury, one of Canada's top medal threats at February's Pyeongchang Winter Olympics, has now won all three World Cup events this season — one in Ruka, Finland, and the other two at Thaiwoo.

He said he hasn't spent much time thinking about his streak of 10 straight wins.

"I'm just trying to ski my best and control whatever I can control and I was able to do that today," he said. "It's fantastic to win, especially when my opponents are skiing so well. Dimitriy, Matt, (South Korea's Jae Woo Choi) and all the others force me to ski at 100 per cent capacity in order to do my best."

The trip to China has not been without its problems for Kingsbury, whose luggage and skis were lost in transit and only showed up the day before training started.

"I was thrilled to be able to make it on the podium two days in a row and be able to ski six runs that I was really proud of," said Naude.

Justine Dufour-Lapointe fell during training, but emerged with just a few scratches to the face.

Note to readers: This is a corrected story. An earlier version had the wrong point total for Kingsbury.