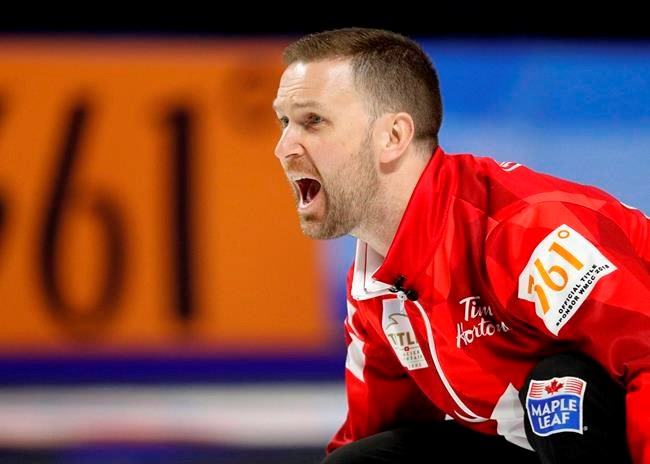 NORTH BATTLEFORD, Sask. — Brad Gushue has locked up a spot in the playoffs at the Canadian Open.

With the loss, De Cruz fell to the C-event finals and will have a final chance to advance to the playoffs against Toronto's John Epping on Saturday morning. Epping moved on after a 4-3 win over Winnipeg's Reid Carruthers.

In other men's action, Glenn Howard of Penetanguishene, Ont., advanced out of the B-event qualifiers by defeating Brad Jacobs' squad from Sault Ste. Marie, Ont., 5-3. Howard is slated to play Gushue in quarterfinal action Saturday.

Jacobs will face Regina's Matt Dunstone, who stayed alive with a 10-2 win over Winnipeg's Jason Gunnlaugson, in the C-event finals.

Meanwhile, Scotland's Bruce Mouat and Edmonton's Brendan Bottcher are through to the playoffs after surviving the A event.

On the women's side, Edmonton's Chelsea Carey capped her day with a third straight win, a 6-2 victory over Japan's Satsuki Fujisawa, to move on to the playoffs. Earlier Friday, she ousted Winnipeg's Darcy Robertson and Isabella Wrana of Sweden.

Scotland's Eve Muirhead, who went 3-0 in the A event, will clash with Carey in the first round of the playoffs.

Scheidegger won the 2017 Canadian Open women's title in North Battleford, Sask. She'll take on top seed Rachel Homan of Ottawa, who advanced through the A event, in the quarterfinals.

Tirinzoni will have a rematch with Robyn Silvernagle's rink from North Battleford, Sask., which knocked them off 8-4 in a B-event game earlier Friday.

Others to advance Friday were Edmonton's Laura Walker and American Nina Roth from the B event. They will face each other in the playoffs.