OTTAWA — The union representing employees at Veterans Affairs Canada says the department should hire more permanent staff to deal with the backlog of veterans waiting for services and benefits.
Sep 29, 2020 12:11 PM By: Canadian Press 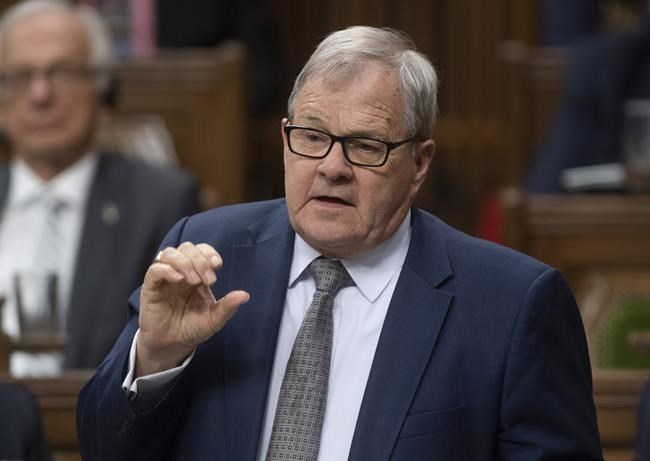 OTTAWA — The union representing employees at Veterans Affairs Canada says the department should hire more permanent staff to deal with the backlog of veterans waiting for services and benefits.

"Veterans are not temporary," she said. "We need permanent staff to be fully trained and in place consistently, not on temporary funding."

In June, Veterans Affairs said it would extend contracts for 160 employees it had hired temporarily to process applications, and would add another 300 to their number.

The parliamentary budget office said Monday that Veterans Affairs Canada can clear its backlog of disability benefit applications in a year if it hires nearly 400 more people beyond that.

The number of pending applications for benefits had reached almost 50,000 by the end of March, up from about 21,000 three years earlier.

The union claims that there are backlogs and delays in almost every section of the department including in the appeals unit, with case managers and with the service agents who work directly with veterans.

"They're tired of repeating their stories over and over again," she said. "If they need to be referred to another area of the department, a lot of times they're having to repeat their story there."

The department said it is increasing the number of people processing the applications and also simplifying the process to to avoid another backlog down the road.

Cameron McNeill, a spokesman for Veterans Affairs Minister Lawrence MacAulay, said Monday the department is aware that too many veterans are waiting too long for decisions on their applications.

"We can and must do better," McNeill said.

This report by The Canadian Press was first published Sept, 29, 2020.

This story was produced with the financial assistance of the Facebook and Canadian Press News Fellowship.

The latest numbers on COVID-19 in Canada for Saturday, Oct. 24, 2020
Oct 24, 2020 3:54 PM
Comments
We welcome your feedback and encourage you to share your thoughts. We ask that you be respectful of others and their points of view, refrain from personal attacks and stay on topic. To learn about our commenting policies and how we moderate, please read our Community Guidelines.