EDMONTON — Two of Alberta's largest First Nations have written letters to coal companies saying they will oppose any new mine proposals in the Rocky Mountains since the provincial government has consistently ignored their concerns.
Feb 24, 2021 7:23 PM By: Canadian Press 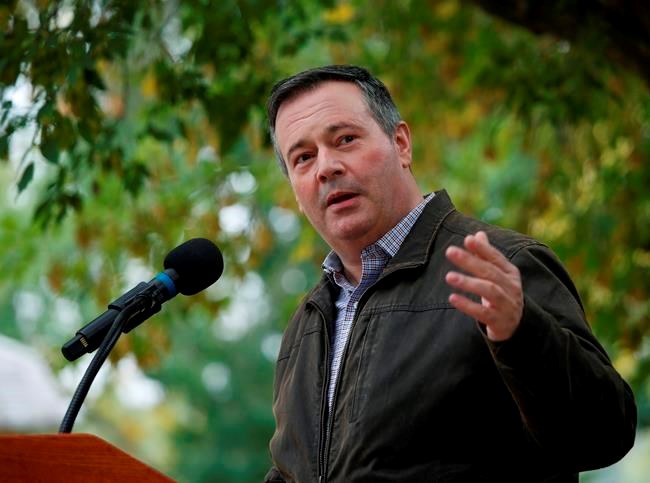 EDMONTON — Two of Alberta's largest First Nations have written letters to coal companies saying they will oppose any new mine proposals in the Rocky Mountains since the provincial government has consistently ignored their concerns.

The Siksika and Kainai, southwest of Calgary, say new mines would threaten one of the few places that can still support traditional Blackfoot culture. The two First Nations account for about 70 per cent of the Treaty 7 population.

"After careful review of all proposed metallurgical coal projects, and in response to the government of Alberta's failure to address the Siksika Nation's concerns ... Siksika has formally adopted a position opposing any new applications," says one letter from Chief Ouray Crowfoot.

The letter has been sent to Montem Resources, Atrum Coal and Cabin Ridge Coal — companies with exploration leases on land that was previously protected from surface mines. The Kainai Nation, also known as the Blood Tribe, has sent similar letters.

"The Blood Tribe has communicated its serious concerns with proposed metallurgical coal projects in the Crowsnest Pass Region that will threaten the rivers and environmental integrity of the region," said a release from the First Nation, which stressed its concerns over the headwaters of the Oldman River.

"(The) Blood Tribe will oppose any new applications for metallurgical coal projects in the Crowsnest Pass Region."

The letters do not apply to a proposal, currently before regulatory hearings, from Benga Mines.

"We've got to make sure our treaty rights are not impacted," said Scotty Many Guns, a Siksika consultation officer who works with industry. "Alberta isn't listening."

Last spring, the United Conservative government revoked a policy without public input that had protected the summits and eastern slopes of the Rockies from surface coal mines since 1976. That led to the sale of coal exploration leases on thousands of hectares of land, some of which is home to endangered species and the water source for much of southern Alberta.

The government recently reinstated the policy, but did not dissolve the leases it sold in the interim.

Many Guns said land in southwest Alberta is traditional Blackfoot territory that has been used for thousands of years. It remains a hunting ground, a garden of edible and ceremonial plants and a gathering site.

The headwaters of the Oldman River must be protected, said Many Guns. Even the teepee rings that dot the area have cultural meaning.

"Crowsnest Mountain is one of the most sacred sites we have, like Mount Fuji to the Japanese," he said. "We used it in the past, we use it today and in the future we will still be using this area."

Lawyer Clayton Leonard, who works with the Kainai and Siksika, said the government hasn't taken their concerns seriously enough.

"Siksika's tried for a couple years now to communicate to Alberta that what's needed is a government-to-government process," he said. "That process needs to be a wide-open discussion of what are the concerns and interests of the Blackfoot and what can government do to work with them."

At least one coal company is urging the government to take those concerns seriously.

"Cabin Ridge recognizes and respects Indigenous rights and the importance of reconciliation with Indigenous Peoples," Brad Johnstone, that company's chief development officer, said in an email

"Cabin Ridge encourages the Government of Alberta to fully consult Indigenous Peoples as part of its announced consultation process on development of a modern coal policy."

Alberta Energy Minister Sonya Savage has said public consultations are to begin March 29. That will have to do, said department spokesman Kavi Bal.

"The consultation process is being designed to hear all of the perspectives on future coal development from Albertans, including First Nations," he said in an email.

The Siksika are part of a legal challenge of the province's original decision to revoke the protection policy.

The letters sent this week go much further than the court action.

"Both nations have spoken quite clearly that in the current circumstances, the answer is no to further coal development," Leonard said. "When we hear what Alberta's going to propose, we'll assess it."

This report by The Canadian Press was first published Feb. 24, 2021.