OTTAWA — Canada's attempt to narrow the list of First Nations children who can access services under Jordan's Principle is linked to the country's long-standing "racist and colonial" policies toward Indigenous Peoples, lawyers argued in Federal Court
Jun 17, 2021 5:58 PM By: Canadian Press 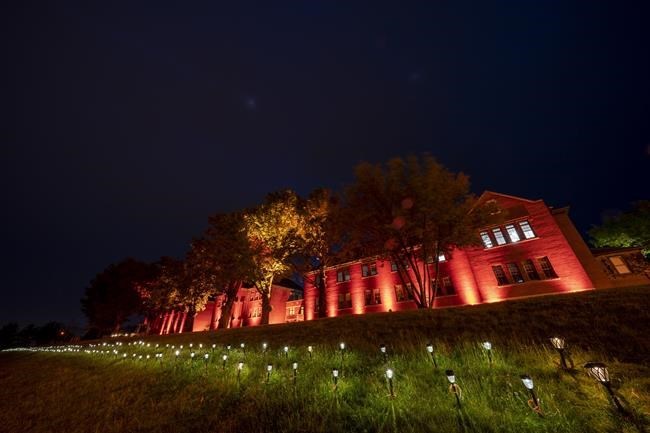 OTTAWA — Canada's attempt to narrow the list of First Nations children who can access services under Jordan's Principle is linked to the country's long-standing "racist and colonial" policies toward Indigenous Peoples, lawyers argued in Federal Court Thursday.

Questions about who is considered a First Nations child, and whether this should include children living off-reserve, those who are not registered under the Indian Act and those with just one Indigenous parent, are at the heart of the arguments being debated over the final two days of a week of related legal proceedings.

The answers will be key to future interpretations of Jordan's Principle, a rule stating that when governments disagree about who is responsible for providing services to First Nations kids, they must help the child first and argue over bills later.

He argues Canada is trying to limit the number of children who can access medical and child-welfare services under Jordan's Principle for monetary reasons, and is using the "racist" Indian Act and its "colonialist" custodianship of Indian status to try to achieve this.

"This judicial review is another blatant attempt to avoid the provisions of medical and social services to First Nations children … through a narrow application of Jordan's Principle," Wuttke said.

"In a twist of irony, Canada takes exception to the fact the Canadian Human Rights Tribunal would not endorse or sanction Canada's attempt to limit the effect of Jordan's Principle — to the detriment of First Nations children — through the application of racist law, namely, the Indian Act."

The Indian Act gives the federal government authority to issue "Indian status" to Indigenous people that meet certain criteria. Those who qualify can access a number of federal programs and services, including child-welfare and medical care.

The arguments stem from a CHRT ruling delivered last year that spelled out what groups of children are eligible to receive services through Jordan’s Principle. It came after a number of disputes over how to define First Nations identity for the purposes of Jordan's Principle. It ultimately expanded previous eligibility to include children living off-reserve, even without Indian Act status, who are recognized as citizens by their nation. Children with just one parent with Indian status were also deemed eligible.

But Ottawa's lawyer, Robert Frater, argues the tribunal applied too broad a definition of who is a First Nations child.

He told Federal Court Justice Paul Favel Canada had already taken a "liberal" view when it came to which groups of First Nations children could be eligible for Jordan's Principle. For example, it did not demand that children be on-reserve at all times — for example students studying off-reserve — and included children who did not live on reserve but faced the same barriers to obtaining services because of their Indian Act status.

"The impact is each of these children, and their parents, will be able to claim the statutory maximum compensation, including the maximum amount on the basis that Canada was wilful and reckless," Frater argued, referencing a separate compensation decision by the tribunal.

That ruling, which Ottawa is also appealing, ordered the government to pay $40,000 each to First Nations children, as well as to each of their parents or grandparents for “wilfully and recklessly” discriminating against children living on reserves by not properly funding child and family services.

Frater argues the tribunal overstepped its authority in widening eligibility for Jordan's Principle in an attempt to right the wrongs of the Indian Act.

He noted the complaint brought to the tribunal was about whether Canada was discriminating against children living on reserve, and argues the tribunal only had jurisdiction to assess discrimination against that group of people.

"The complaint, respectfully, does not give the tribunal a roving commission to right all wrongs," Frater told the court.

"This is a definitional issue in this hearing. It's not to determine whether there is discrimination generally against any child in Canada … We simply ask you, as a reviewing judge, to say, 'You went a step too far here, tribunal.'"

Lawyers will wrap up their arguments in the case on Friday.

This report by The Canadian Press was first published June 17, 2021.