MONTREAL — Resig Calanog's walk around Montreal's port is only the second time in nine months he's been on solid ground. Even for a career ship worker, it's a lot of time at sea.
Sep 6, 2020 7:00 AM By: Canadian Press 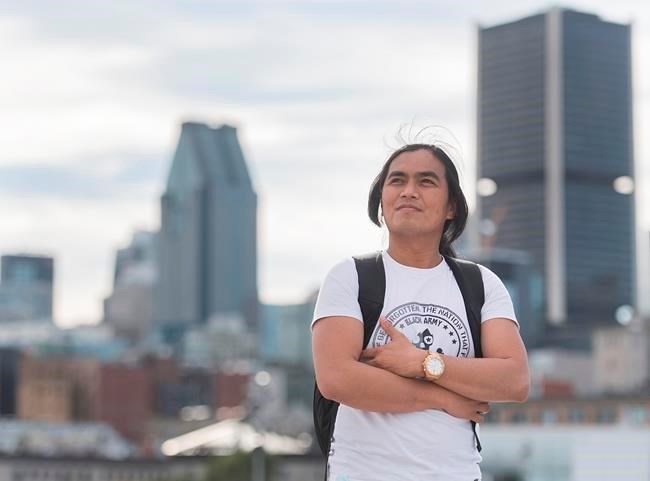 MONTREAL — Resig Calanog's walk around Montreal's port is only the second time in nine months he's been on solid ground.

Even for a career ship worker, it's a lot of time at sea. As for when he'll be able to walk in his homeland in the Philippines and see his three children, that remains uncertain.

Calanog, 36, is one of hundreds of thousands of ship workers around the world who have been thrown in limbo by the COVID-19 pandemic. They've been confined to their vessels and can't spend leisure time ashore while international travel restrictions have made it complicated and difficult for shipping companies to replace crews.

Peter Lahay, the Canadian co-ordinator for the International Transport Workers' Federation, estimates some 400,000 seafarers around the world are currently past the end of their contracts because they have no way to get home.

Many countries that supply large numbers of seafarers, such as India, have grounded commercial flights and imposed travel restrictions, forcing shipping companies to charter planes or send their employees on a costly and circuitous journey through several countries.

Lahay says seafarers are used to working contracts of up to 11 months — the maximum allowed under international maritime conventions. But he estimates between 40 and 50 per cent of them have been away from home longer than that.

"When you start pushing it up to 16 or 17 months with no end in sight, for many of them, it's an enormous struggle for them emotionally," he said in a phone interview. "We're getting lots of emails saying they're breaking down and their fatigue levels are so high it's affecting their job performance."

Calanog is hopeful he'll be replaced at the next stop in Rotterdam, but it's not a sure thing.

"If they change me, success!" he said.

While he's eager to see his family in the Philippines, he's grateful to be working at a time when many people at home are unemployed due to COVID-19. And once he returns home, he says he'll worry about getting stuck there and missing out on another contract.

His fellow shipmate, Ian Cartagena, says the company that owns the chemical tanker on which they've been working has been urging them to be patient. Cartagena says he believes the company is doing the best it can to get them home.

"I understand it's hard," he said.

Lahay says some companies are trying to "move heaven and earth" to get their seafarers home. Others, he said, have been unwilling to assume the expense and the logistical headache, knowing that seafarers, who work on contract, are reluctant to complain for fear of losing future work.

"These seafarers are lawfully entitled to go home, but they're afraid to ask to go home because they believe, with good reason, that they could be blacklisted from the industry," Lahay said.

The problem is compounded by the fact many sailors haven't stepped off their ships for months and have been denied shore leave by their host countries, or, more often, by their employers, who fear they'll bring the virus aboard.

Calanog and Cartagena are lucky. They were able to get four hours of shore leave, including a trip to Walmart to pick up snacks, video games and essential items.

It's a welcome change, Cartagena said. "Sometimes you need to refresh, have a conversation with some other people."

When they're not on the chemical tanker, they stop by Mariners' House, a kind of clubhouse in Montreal's port for seafarers, which is run by chaplains and financed by the port and by the shipping companies.

Normally in August, the place would be filled with staff from cruise ships and from commercial vessels who come to shoot pool, buy supplies and souvenirs, or sit and chat with the chaplains of the Ministry to Seafarers, a religious organization linked to the Christian Reformed Church. On this day, however, Calanog and his two friends are the only ones there.

David Rozeboom, a chaplain with the Ministry for 13 years, estimates less than half of the ships that dock in Montreal are allowing their crews to come ashore.

Lately, much of his job has consisted of running errands such as buying socks and toothpaste, and wiring money home for those who aren't allowed to, or are too fearful of COVID-19 to get off the ship.

Rozeboom doesn't share a religion with most of the seafarers he meets, most of whom come from India, the Philippines, and Eastern Europe. Especially now, he says, the majority are more interested in discussing local news than spiritual matters.

But he says he's happy to help how he can, whether it's sending a wire transfer or climbing aboard a ship to have a friendly chat with a group of Indian seafarers in the mess hall.

"They're an unseen group of essential workers inaccessible to a large part of the population, and it just happens we were serving them before, and now we have a different way of serving them," Rozeboom said.

Lahay says the crew-change situation has only worsened in recent months, despite efforts from countries such as Canada.

He had praise for Transport Canada, which he said has allowed shore leave, has worked on a welfare committee for seafarers, and is collaborating with different partners to help accelerate visa processing and facilitate crew switches.

But despite rising international awareness, Lahay said he believes there could be 400,000 seafarers working beyond contract at the moment, compared to 200,000 in July.

While there are no easy answers to getting them home, Lahay says countries, including Canada, need to be more strict in enforcing rules governing the treatment of seafarers and to crack down on the many companies flouting them.

"We have to draw a line in the sand, because nothing's going to change until we do," he said.

The pandemic probe and two Toronto byelections: In The News for Oct. 26
Oct 26, 2020 2:56 AM
The latest numbers on COVID-19 in Canada for Monday, Oct. 26, 2020
Oct 26, 2020 1:35 AM
Health Minister Hajdu says she went maskless at airport only while eating
Oct 25, 2020 8:38 PM
Comments
We welcome your feedback and encourage you to share your thoughts. We ask that you be respectful of others and their points of view, refrain from personal attacks and stay on topic. To learn about our commenting policies and how we moderate, please read our Community Guidelines.