CALGARY — The Edmonton Oilers have dealt Milan Lucic to the Calgary Flames for fellow veteran forward James Neal. The Flames confirmed the deal on Friday night. Calgary also gets a conditional third round pick in the 2020 NHL Draft.
0
Jul 19, 2019 7:52 PM By: Canadian Press 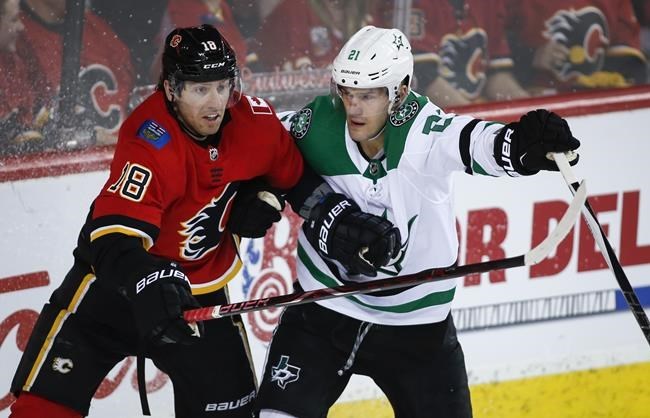 The Flames confirmed the deal on Friday night.

Calgary also gets a conditional third round pick in the 2020 NHL Draft. Edmonton will also retain 12.5 per cent of Lucic's remaining contract.

Lucic signed a seven-year, US$42-million contract with Edmonton on July 1, 2016, but hasn't lived up to that hefty price tag.

He had six goals and 14 assists with a minus-9 defensive rating over 79 games with the Oilers last season.

After the trade was made official Lucic tweeted a photo of a Flames jersey with his name and No. 17 on the back.

Neal had seven goals and 12 assists with a minus-5 rating in 63 games for Calgary last season.

Like Lucic, Neal was a big-name free agent signing for Calgary last summer but didn't meet expectations after agreeing to a five-year, $28.75 million deal July 2, 2018.

His seven goals last season was the fewest he had scored in his 11 NHL seasons.

Montreal faces Eastern Conference-leader Washington
Jan 26, 2020 3:10 AM
New Jersey takes on Ottawa, aims to halt 3-game skid
Jan 26, 2020 3:10 AM
Lightning visit the Stars after Cirelli's 3-goal game
Jan 26, 2020 3:10 AM
Comments
We welcome your feedback and encourage you to share your thoughts on this story. We ask that you be respectful of others and their points of view, refrain from personal attacks and stay on topic. To learn about our commenting policies and how we moderate, please read our Community Guidelines.