CHICAGO — The struggling Chicago Blackhawks are going to play a man short against the St. Louis Blues because of injuries and the salary cap.
0
Dec 2, 2019 1:05 PM By: Canadian Press 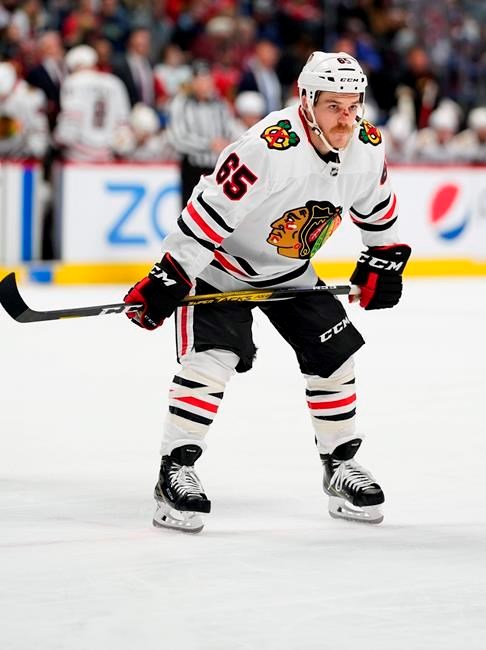 CHICAGO — The struggling Chicago Blackhawks are going to play a man short against the St. Louis Blues because of injuries and the salary cap.

Coach Jeremy Colliton says forward Andrew Shaw will miss Monday night’s game against the Stanley Cup champions with an unspecified injury. Colliton says Chicago will go with 11 forwards and six because of the cap.

Forwards Dylan Strome and Drake Caggiula are out with concussions, and Duncan Keith will miss his second straight game with a groin injury. Goaltender Robin Lehner is ill.

Goaltender Kevin Lankinen was recalled on an emergency basis from Rockford, and Ian McCoshen was reassigned to the American Hockey League team.

The Blackhawks have dropped five of six heading into the matchup with the Blues.