Calgary energy investor Mac Van Wielingen says there's an opportunity for the oil and gas sector to regain public respect and support when Canada tries to restore its economy after the COVID-19 pandemic ends.
Apr 8, 2020 4:30 PM By: Canadian Press 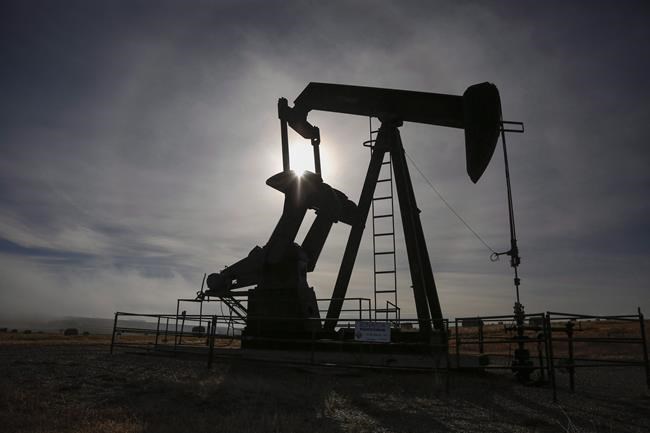 Calgary energy investor Mac Van Wielingen says there's an opportunity for the oil and gas sector to regain public respect and support when Canada tries to restore its economy after the COVID-19 pandemic ends.

The industry has suffered since global oil prices tumbled in 2014 but it's been made worse by national policies that are hostile toward the fossil fuel industry, the co-founder of ARC Financial Corp. said in a keynote speech on the webcast Scotiabank Canadian Association of Petroleum Producers Energy Symposium on Wednesday.

Pulling out of the current sharp downturn in the economy that has resulted in millions of employment insurance claims will require a major contribution from the oilpatch, he said.

"We've been through now about six years of difficult markets and what seemed like interminable —sometimes hellish — hostility and resistance to our industry," Van Wielingen said.

"What is different now is that Canadians are going to see and experience extremely difficult conditions in all respects within Canada, including skyrocketing national and provincial deficits.

"There's no question in my mind it's going to force more realism, more pragmatism, and a reordering of our central priorities. Exactly to what extent, we'll have to see."

The recovery from the recession will require support for oil and gas workers and communities but it doesn't mean the country should pin its hopes on another oil boom, said Greenpeace Canada campaigner Keith Stewart.

"True pragmatism would recognize that oil is a sunset industry and that the energy industry of the future will be zero-carbon renewables," he said.

"Oil and gas aren't going to disappear overnight, but the boom times aren't coming back."

Van Wielingen said Canada must turn away from policies that have prevented pipeline construction, fostered "deep alienation" in the West and hurt investment, competitiveness and productivity in Canada.

He was named last month to a high-profile panel that includes former prime minister Stephen Harper advising the Alberta government on how to spur economic recovery in view of low oil prices.

Meanwhile, CAPP said in a news release on Wednesday it has asked the federal government to include in its promised oil and gas aid package provisions to help with access to capital and to give regulatory certainty and continued designation of the oilpatch as an essential service.

Ottawa should ensure companies have access to credit, it said, adding it should offer incentives or support for the reclamation of inactive and orphaned oil and gas wells and help create jobs for service industry and Indigenous workers who are "particularly impacted" by the downturn.

Since CAPP's discussions with the federal government began three weeks ago, between $6 billion to $8 billion of investment has been lost to the Canadian energy sector, resulting in job losses across the country, said CAPP CEO Tim McMillan in the news release.

UK, EU resume face-to-face trade talks with time running out
Nov 28, 2020 8:48 AM
Comments
We welcome your feedback and encourage you to share your thoughts. We ask that you be respectful of others and their points of view, refrain from personal attacks and stay on topic. To learn about our commenting policies and how we moderate, please read our Community Guidelines.