Further discussion of sanctions against Patrie were deferred to a yet to be scheduled special City Council meeting, sometime around November 15
Oct 29, 2019 2:03 PM By: Brent Sleightholm 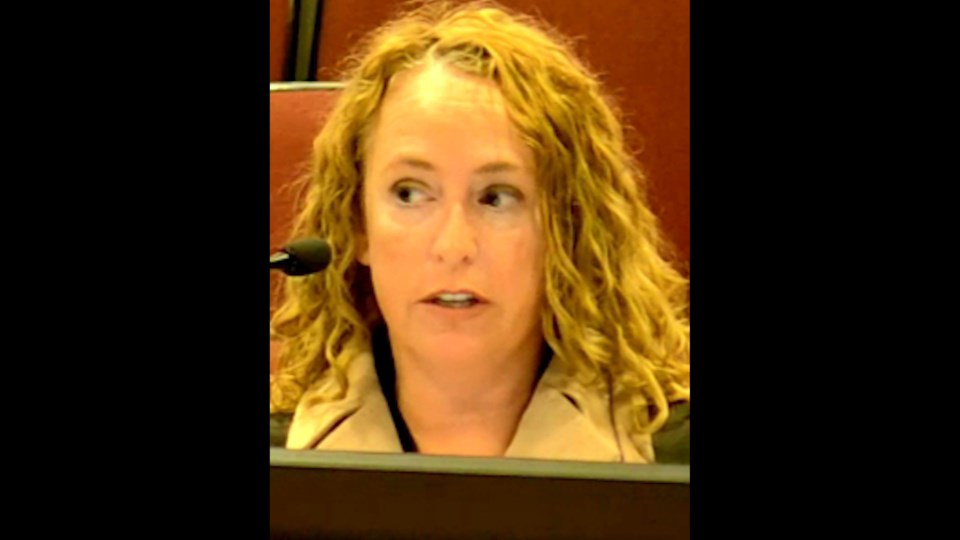 It was a fiery session of Elliot Lake city council Monday night as councillors met to decide whether to impose sanctions recommended by the city's Integrity Commissioner.

The mayor pounded the desktop with his gavel repeatedly and, eventually, all the microphones in the chamber were cut and the commissioner and former city councillor, Van Roon, stepped away from the podium.

Before that took place, Van Roon announced that she was resigning from the Elliot Lake Residential Development Commission. She had been judged to have committed a number of infractions while acting as a commissioner, including leaking confidential city information, making destructive social media comments and subverting council, for which sanctions against her were recommended in the Integrity Commissioner's report. That report was put together by E4M of Sault Ste. Marie, the city's Integrity Commissioner at the time of the investigations.

Van Roon stated, "Mayor and council, I am asking why I have been on the public agenda for public discussion twice, without being notified or given an opportunity to speak?"

She went on, "I'd also like to know why the CAO already had a sneak peek at this report at least five weeks ago? Again, I was only made available to it five hours ago, giving me limited amount of time to prepare a response, as I do work."

It was her work that came under discussion since Van Roon is a local real estate agent. E4M found Van Roon presented misinformation about the city's purchase of land at 151 Ontario Avenue where the planned Community Hub is to be built. The IC said it was something she should have known better than doing, as an agent.

The mayor said, "Breaches of confidentiality are not OK."

Councillor Tom Turner said council was "off the rails" in response to the invitation for councillors to make a decision on sanctions. Repeatedly, in debate, discussions were drawn to the accuracy of the IC's findings or conclusions, not to the specific recommendations for the sanctions themselves.

Elliot Lake City CAO Dan Gagnon added "You don't give the offender a chance to re-debate the allegations." He went on to say, "After March 2019, everything is changed."

That was a reference to changes introduced by the provincial government to the Municipal Conflict of Interest Act of Ontario (COIA).

The E4M recommendation to fire off a letter of report about Van Roon's actions to the Real Estate Council of Ontario (RECO), was not entertained. For one, Marchisella said he would not support a sanction that could endanger someone's livelihood.

Before she left the chamber, Van Roon said she intended to take her complaint to social media.

She added, "I have the right to speak to the complaint against me. I can speak my piece in Facebook tomorrow. I resign immediately."

Councillor Luc Cyr told council, "I think we have to teach people that there's responsibility, accountability when they're representing the city or doing things for the city. If there's no accountability then what kind of example do we set together for the people of Elliot Lake?"

He concluded, "Accountability is the foundation of democracy."

Meantime, Councillor Chris Patrie is going to Superior Court on Thursday of this week, after E4M sustained a number of complaints against him, and laid a charge. Cyr said council needs to make a decision only on E4M's conclusions about the city's Code of Conduct, and not regarding the conflict of interest sanctions against Patrie, since E4M handled the conflict investigation and made its recommendations for sanctions against him.

Cyr added that Patrie went to his (Cyr's) workplace to speak to him with the intent of getting Cyr not to vote in favour of the city buying the land for sale at 151 Ontario. It is the former site of the ill-fated Algo Centre Mall, which collapsed in the summer of 2012.

He told his fellow councillors he refuses to resign his council seat. E4M had recommended he should be asked to stand down from council, be docked for up to 8 months of pay, and be barred from further city committee membership

He said, "I did not oppose the city buying 151 Ontario for personal gain."

In light of the fact that councillors only received E4M's final report hours before Monday night's meeting, further discussion of sanctions against Patrie were deferred to a yet-to-be-scheduled special city council meeting, sometime around Nov. 15.