The shoe fits: Northern Ontarian is among the world's best cobblers

It's true. There are competitions for cobblers, and a Sudbury man is the first Canadian ever to place at World Cup of shoe repair
Jul 26, 2017 10:28 AM By: Heather Green-Oliver 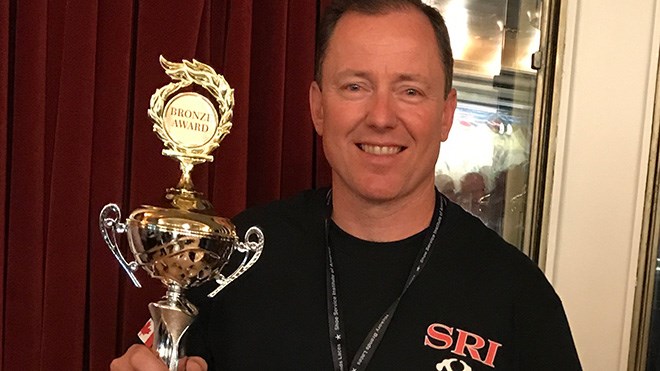 The owner of Sudbury’s Heels 'n' Soles is now Canada’s first cobbler to place in the World Cup contest hosted by the Shoe Service Institute of America (SSIA).

Although Dan Frappier has been repairing shoes since 1988, this was the first time he decided to submit his work in a competition.

Competitors had to submit two repaired shoes along with its unrepaired mate so the judges can critique the workmanship.

“Basically, you have to recraft the shoe like it is brand new," Frappier said. “I was expecting feedback on my work, but I was surprised when I got the call that I was placed.”

Frappier travelled to the SSIA convention in Long Island, Cal., where he received the bronze award on July 22. He beat out fellow cobblers from Italy, France and Sweden.

“It was fun because you get a whole bunch of cobblers together and talk shop," Frappier said. “You usually don’t have anybody to talk to because it’s not a common trade.

“It’s nice to learn from them and share tricks of the trade.”

While most cobblers are born into the tradition, Frappier first took interest in the trade when he was in high school.

“I was looking for a part-time job,” Frappier said. “And they showed me the basics of how to repair things. And I love it.

“I’m pretty handy, so it came naturally to me.”

Frappier plans to compete in upcoming conferences in Germany and Sweden, but in the meantime, you can check out his workmanship at Heels 'n' Soles, located in the New Sudbury Centre.

About the Author: Heather Green-Oliver