Hospital preparing to further ramp down non-emergent, non-urgent surgeries starting May 3
May 2, 2021 11:00 AM By: Sudbury.com Staff 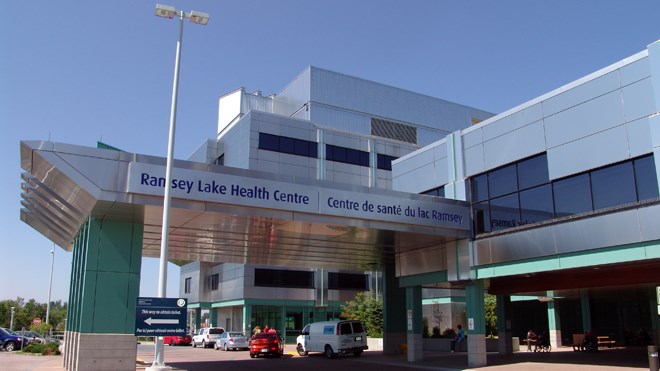 The Sudbury hospital had accepted two patient transfers the week previous, and on Friday the HSN announced a further five patients, bringing the total number of admitted patients from southern hospitals to seven.

Health Sciences North is also following a directive (Directive No. 2) from the province’s chief medical officer of health to ramp down non-urgent surgeries, the goal being to give the health-care system the flexibility to respond to rising COVID-19 admissions to hospital.

“HSN is ramping down surgical activity to 60 per cent of historical volumes starting next week, Monday, May 3, in order to redeploy human resources to provide care for an anticipated increased number of patients requiring critical care,” the hospital stated in a news release.

As part of this effort, HSN said it is repurposing 12 acute care beds into 12 critical care beds, which require a higher level of human resources.

This is the second time in six weeks the hospital has had to ramp down surgeries. In mid-March, HSN cut surgeries to 80 per cent of typical surgical volumes as case counts climbed. This week’s announcement cuts those volumes by a further 20 per cent.

In terms of hospital outbreaks of COVID-19, HSN continues to monitor the outbreak on the fourth floor of the South Tower, which was declared April 23. Three patients and two staff members have been impacted.

“The outbreak remains contained to this unit,” the hospital said. “Additional infection prevention and control measures are in place. Designated care partners are restricted until the outbreak has been declared over. The hospital remains open and continues to be a safe place for people to work and receive care.”