Provincewide education strike to impact 5,000 schools across 72 boards next week 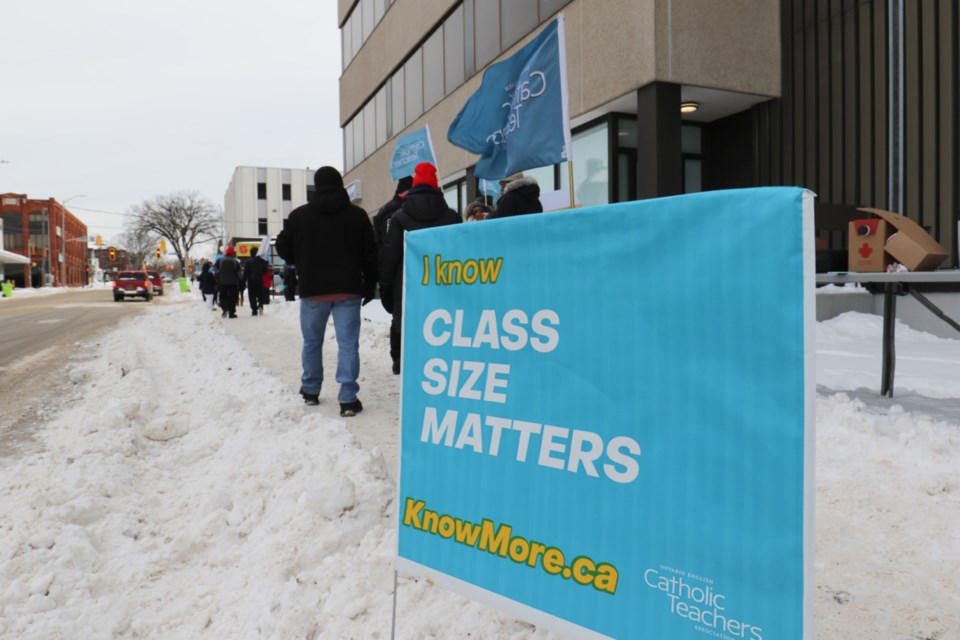 NEWS RELEASE
ONTARIO SECONDARY SCHOOL TEACHERS’ FEDERATION
******************************
On Friday, Feb. 21, elementary and secondary teachers and education workers represented by the four major education unions in Ontario will stand up to the Ford government’s education cuts by participating in a one-day walkout across the province.

“It is clear to all four Ontario education unions and our members that the Ford government and Education Minister (Stephen) Lecce care nothing about students or educators and everything about taking money out of the publicly funded education system,” says AEFO President Rémi Sabourin. "To achieve their cuts, they have knowingly thrown students, families, educators and the system into chaos.”

“We are already seeing the effects of this government’s reckless education cuts,” says OECTA President Liz Stuart. “The Ford government is reducing supports for students with special education needs and mental health issues. It is squeezing students into overcrowded classes and forcing high school students to take e-learning courses. If we allow the government to implement its plan fully, thousands of teaching positions and tens of thousands of course options will be lost.”

“Educators in every school board will not stay silent as the Ford government proceeds to decimate our publicly funded education system,” says ETFO President Sam Hammond. “Our unions and members helped build Ontario’s world-class education system. By not seriously addressing the issues critical to students and student learning, the Ford government has made a sham of contract talks over the last seven months.”

“It is now evident that the Ford government’s agenda is entirely ideological and not at all concerned with providing quality education,” says OSSTF/FEESO President Harvey Bischof. “They are pulling resources out of the public education system and, with schemes like mandatory e-learning, laying the groundwork for private interests to profit from our students’ education. We are heartened that so many parents are standing with us against the dismantling of Ontario’s public education system.”