Marchisella says that fees for an integrity commissioner could range between $150 to $200 an hour
Jun 26, 2020 11:00 AM By: Colleen Romaniuk, Local Journalism Initiative Reporter 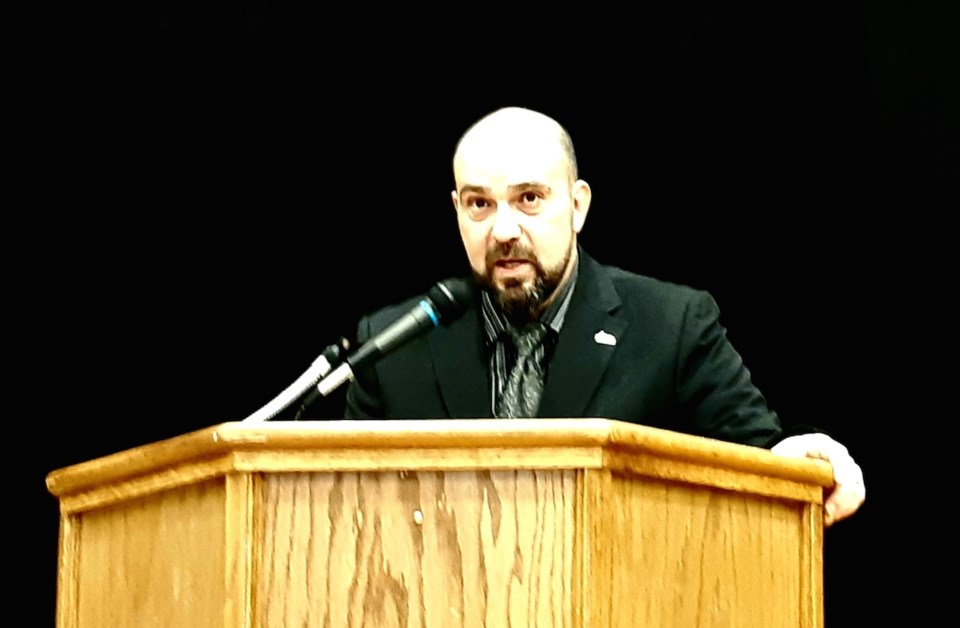 Just over a year after Bill 68 made it mandatory for Ontario municipalities to appoint an independent integrity commissioner, some communities are struggling to manage the cost and effectiveness of the new system.

The City of Elliot Lake came under fire recently after their own integrity commissioner reprimanded council and their supporters for an unproductive “cycle of retaliatory complaints” that had already cost the city $374,631 over the last two years.

The role of a municipal integrity commissioner is to investigate allegations of violations of ethics and municipal codes of conduct by members of council.

Under the Modernizing Ontario’s Municipal Legislation Act of 2017, the role of the commissioner was expanded to include a number of new responsibilities.

The commissioner has the power to conduct investigations and obtain access to relevant information and documents from a municipality. Following inquiry, council can act in accordance with the commissioner’s recommendations, including imposing reprimands and suspending members of council as necessary.

Last year, it became mandatory for municipalities in Ontario to hire their own integrity commissioners and to lay out a code of conduct for municipal leaders to follow.

Early on, there were concerns that complaints to commissioners could be used as political weapons to embarrass elected officials, but early supporters suggested that there were enough processes in place to deter such actions.

A year later, however, at least some of those concerns appear to have merit.

“The last conference we had back in January, this issue was brought up to Stephen Clark, the Minister of Municipal Affairs,” said Marchisella. “He said that he has heard it repeatedly from municipalities all across the province saying the exact same thing. The way this has come about, it’s being used as a weapon and its taxpayers that are paying the price. Even the lowest fees for an integrity commissioner, you’re looking at $150 to $200 an hour.”

The cost “just racks up and racks up just for the purpose of attacks,” the mayor said. “That is not what it’s meant to be, but that’s what it’s being used for,” he said.

More than $374,000 “is a lot of money,” Marchisella noted. “That could have been used to fix roads or put towards one of the big projects we have going on right now. That’s taxpayers’ money.”

According to the Ministry of Municipal Affairs, municipalities have some flexibility when it comes to choosing a commissioner and a model that “manages costs and meets local needs.”

“While integrity commissioners conduct their work in an independent manner, municipalities may wish to work with them to pursue opportunities to reduce costs,” said ministry spokesperson Praveen Senthinathan.

“This could include options for informal complaint resolution, policies for screening out frivolous complaints, reviewing the local code of conduct, and contractual and fee structures.”

In some cases, complaints brought against municipal elected officials can be brought to the Ontario ombudsman, who investigates complaints free of charge.

“The ombudsman does not replace or redo the work of integrity commissioners,” said Linda Williamson, director of communications at the Office of the Ombudsman of Ontario. “Complaints about councillor conduct are best addressed to local integrity commissioners now that they are mandatory in every municipality.”

Complaints can be brought to the ombudsman as a last resort only in the event that the integrity commissioner has not satisfied the original complaint.

Some critics of the new system look further than high cost of hiring a commissioner, and question the effectiveness and objectivity of the entire process.

“In our community, the law firm that represents our Town is connected to the municipal integrity commissioner investigating council – who hired them both,” said James Brown, a resident of Iroquois Falls.

“Could this be a conflict of interest? How independent and objective are the inquiries and the outcomes? To confuse matters more, when an investigation is complete and the integrity commissioner makes recommendations to mayor and council, they adjudicate the outcome and themselves. They are in fact their own judge, jury, and executioner.”

Brown blames “poorly and ill written legislation by the Ministry of Municipal Affairs” for the issue, which he said was “apparently designed by lawyers for lawyers” who can charge hefty fees for their services.

This is not the first time that an integrity commissioner’s objectivity in a case was questioned.

At the time, Marin served as a secret-meeting investigator for about 200 Ontario municipalities for free – Greater Sudbury instead opted to pay for a private firm who ended up absolving local politicians of closed-door conduct.

Evidence had surfaced that Sudbury city councillors had met in private before a vote to fire the ombudsman, however, Amberley Gravel’s report found no proof of collusion.

After the report of the investigation surfaced, Marin accused the private firm of incompetence.

Integrity Commissioner Robert Swayze, who is currently working with 25 municipalities across the province including Greater Sudbury, acknowledged that this can be an issue, but said that it ultimately depends on local conduct.

“It happens, but as soon as I see any political motivation, I become a little bit more difficult to deal with,” he said.

“In terms of spending, municipalities are all across the board. Some are high, some are low – I can’t really make a general comment about that. It happens, and it depends on how the integrity commissioner handles it.”

How efficiently a commissioner can handle such a situation, though, is still unclear.

This is not the first time that Elliot Lake’s integrity commissioner has issued a warning to council.

The trouble started when councillors voted to buy the property where the Algo Centre Mall once stood to build a new $40 million community hub. The structure of the mall infamously collapsed in 2012, killing two people.

There is a $50 fee for filing a complaint, but the fee is 100 per cent refundable in the event that the integrity commissioner finds that the complaint warrants investigation.

Filing fees vary depending on the municipality – the Town of Renfrew, for example, who has also hired Tony Fleming as its integrity commissioner charges $150 to file a complaint.

The Town of Arnprior, which has a comparable population, recorded no complaints at all for the year 2019.

Toronto, population 2.93 million, reported that the office of the integrity commissioner cost the city $425,384.19 the same year.

“We need to stop fighting and get along,” said Marchisella. “We need to put the past in the past and try to carry on into the future. Our council here in Elliot Lake has a lot of really big projects that we have been working on together for quite some time.”

Colleen Romaniuk is a Local Journalism Initiative Reporter, a Government of Canada program, at the Sudbury Star.
Read more

Municipal land sales on Elliot Lake recommended to Elliot Lake Council
Dec 5, 2020 11:51 AM
Comments
We welcome your feedback and encourage you to share your thoughts. We ask that you be respectful of others and their points of view, refrain from personal attacks and stay on topic. To learn about our commenting policies and how we moderate, please read our Community Guidelines.