Tommy Lee is running for a seat in Algoma-Manitoulin
Jun 4, 2018 11:20 AM By: ElliotLakeToday Staff 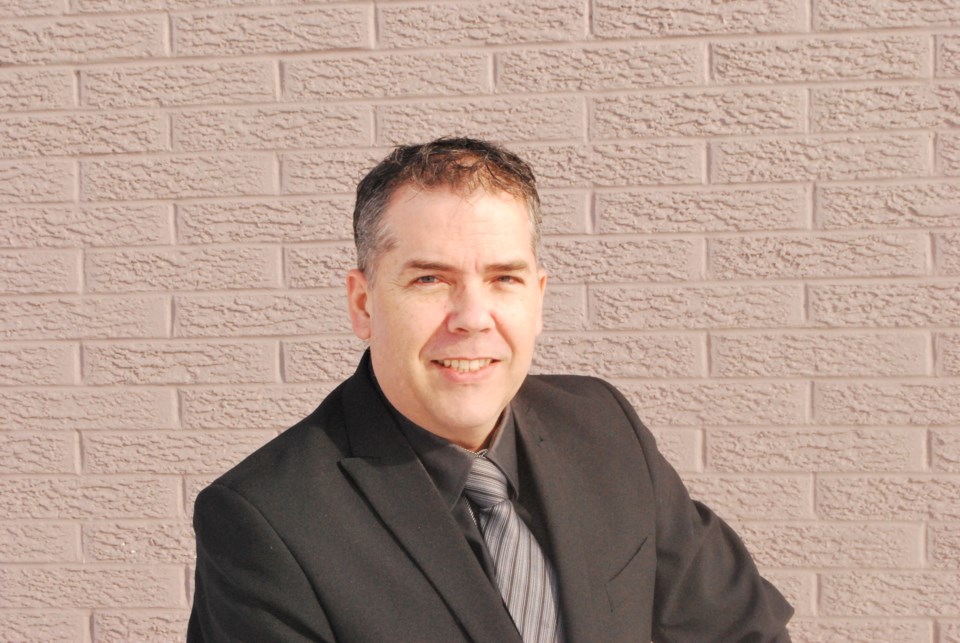 Northern Ontario Party president Tommy Lee, who lives in Echo Bay, tells ElliotLakeToday he’s been getting a good response to his party’s pro-northern platform since the campaign began for this week’s provincial election. In his words, “Either people are just being very polite, or they are truly supporting our party.”

Lee is among the 10 Northern Ontario Party candidates running in the June 7 vote. It’s the largest field the NOP has ever run. Besides being party president, Lee is also running for a seat in the huge Algoma-Manitoulin riding. He says, “The support I’ve been getting door to door has been overwhelmingly positive.”

Having grown up in central Algoma, Lee says, “It seems to me a lot of my support will come from (the area from) Echo Bay to Thessalon. I’ve also seen a lot of support in our more northern communities; towns like Manitouwadge, Hornepayne and Wawa.” He adds, “All seem to feel more alienated and ignored by Toronto than maybe Elliot Lake or Espanola.”

He’s a northern Ontario family man who’s employed in an MDF plant. He was raised in a family which earned its income mainly from the tourist industry. Lee and his party pledge there’ll be no broken promises if they’re elected. Their premise is the NOP will always listen to the voters as the party develops and enhances its policy.

Lee is committed to funding the Sports Hub project in Elliot Lake. He promises legislation requiring at least 50 per cent of northern Ontario’s mining and forestry products must be produced to finished form in northern Ontario. He says while campaigning, he hasn’t run into too many people who said they were definitely voting either PC or NDP. He adds, most folks are indicating they like what the NOP stands for, hope he gets elected, but at the same time, fear a lot of other people will blindly vote for a party instead of a candidate.

Lee has taken part in three all-candidates debates during the campaign, including one at the Moose Hall in Elliot Lake last month. During that debate and at one other one, he says he had fun, “polling the audience to determine how to answer a particular question, just as I would before every vote at Queen’s Park.”

He adds, “It seems most folks thought it was a refreshing change from simply ‘telling’ the constituents what we would do or how we would vote.”

That’s the NOP’s direct democracy promise or their policy of representing the people before the party. Lee says, “People realize that northern Ontario is huge and very diverse and that it doesn’t make sense to expect all northern Ontario MPP’s to vote the same way on all issues, even if they’re from the same party.”

Lee says the two other issues he’s stressed during the campaign are that northern Ontario continues to be ignored by the three major parties, and the Northern Ontario Party’s mining and manufacturing plan could vitally revitalize northern Ontario’s economy, if adopted. The party also wants one price hydro 24 hours a day for residential service and an end to the practice of closing northern schools which would end a lot of the existing bussing of students over long distances to other schools. He says we also need to transfer more power from the province to local schoolboards.

As for health care, the Northern Ontario Party wants to expand our two northern Ontario university hospitals so we can attract more specialists, particularly in the areas of paediatric oncology and cardiac care. He also wants long term care facilities to be staffed with either doctors or nurse practitioners on site. The NOP also wants to expand housing for patient’s families near all specialized hospitals for those  who must travel more than 250 kilometres to get extended stay treatment or care for a family member.

Lee says we need to review eligibility requirements for people who need support from government social programs. He wants a provincial program that would eliminate municipal taxes for 10 years for all new manufacturing plants in northern Ontario which complete at least 80 per cent of their finished products in the north.

Regarding the outcome of Thursday’s election, Lee says, “Unlike Kathleen Wynne, I won’t rule anything out. I think I’ll do well for the Northern Ontario Party in the central and northern portions of Algoma Manitoulin. Will it be enough? That will be up to the voters.”