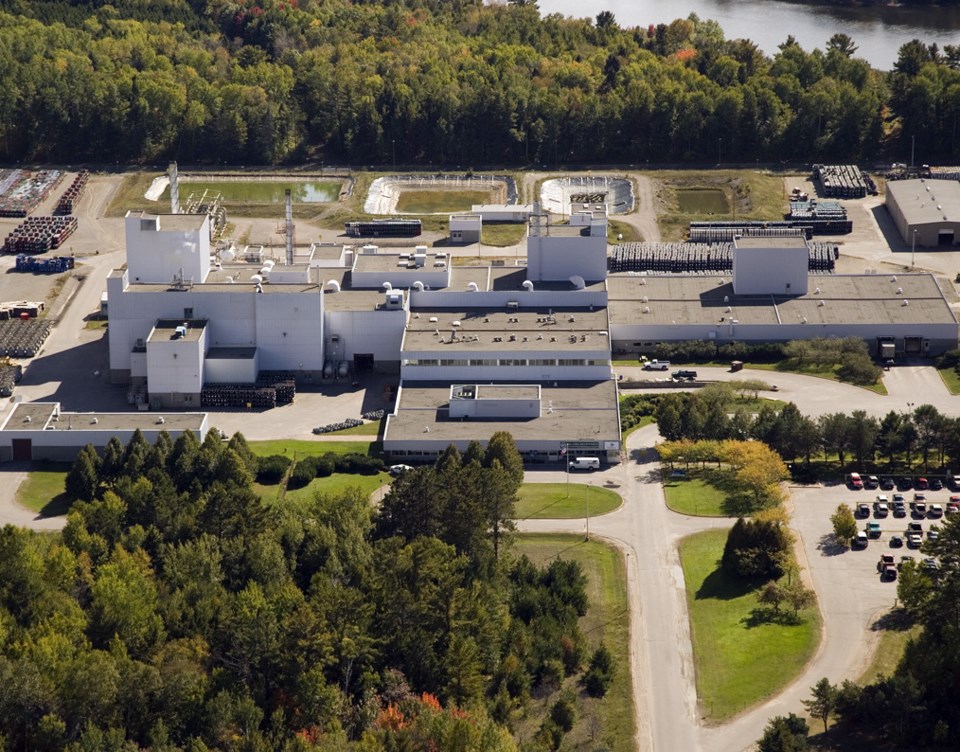 It is the first formal presentation to council by Davis who took over the position after the retirement of former general manager Chris Astles late last year. It is also part of the licencing renewal process required by the nuclear regulator, Canadian Nuclear Safety Commission (CNSC). Cameco is applying for a licence renewal leading up to when its current licence expires on Feb. 22, 2022.

The refinery has been in operation in Blind River since 1983 and its 140 employees currently process about 18,000 tons of uranium concentrate to create uranium UA-3, also known as yellow cake powder, which is shipped to a Cameco facility in Port Hope in preparation for use in nuclear reactors. Its’ current licence allows for the processing of 24,000 tons.

Davis said the facility and its employees are committed to its safe operation. He said each meeting at the plant is started with discussions about safety.

“At Cameco we begin every meeting and presentation with an emphasis on safety, or as we like to refer to as our safety mode,” Davis told council in his virtual presentation Tuesday evening. “As a leader I am committed to safety of my team. There is no job so important that we cannot take the time to make it safe.”

“We are the world’s largest commercial uranium refinery right here in Blind River,” he said of the current processing operation. “We receive uranium concentrates from all around the world. Nuclear power provides about 60 percent of Ontario’s electrical demand and there’s a good chance it (uranium material) will pass through Blind River.”

The local plant is located adjacent to the town golf course and is situated on the Mississauga River and Lake Huron on a CNSC licensed 28-acre site within a 608-acre control zone adjacent to Mississauga First Nation land.

The company constantly monitors air and water emissions and has seen reports well below regulatory requirements.

In the community, Cameco and its employees are known for their donations to various groups, the First Nation and Blind River and its work with local groups. Cameco co-sponsors the annual, popular Easter Egg Hunt together with the local Girl Guides, hosts a seniors’ Christmas party and employees host an annual “Cameco Cares” clean-up day with a majority of the work force taking part.

In the past, the company has donated an aerial ladder fire truck to Blind River, a school bus for the First Nations community as well as donations to local schools including graduation awards and playground equipment and also helps with the annual food drive for the Food Bank. Employees have their own groups that they donate to each year. Donations have been made for the Blind River hospital and hospitals in Elliot Lake and Sault Ste. Marie and to the local library in town.

Davis said the licence application of about 3,000 pages of supporting material was provided to the CNSC. The technical staff of the CNSC will go over the report as part of the application. Eventually the CNSC will post times for public hearings and public intervention dates expected to be held in November either in Blind River or Ottawa. Both the Cameco website and the CNSC will post hearing times when they are established.

“We perform environmental sampling on site and around the community to ensure we are performing as expected and that we are well within regulatory limits and there have been no environmental incidents during our licence period,” Davis said.

The company conducts a public survey on its operation every three years.

“We look forward to the upcoming hearings and how we can participate as a council,” Mayor Sally Hagman said.

Davis said a written submission from council on Cameco’s operation would be welcomed along with any public submission at the hearing.